The drones climbed to an altitude of about 328 feet and then danced a choreographed routine to Beethoven's Fifth Symphony.

The record-breaking feat involved 100 drones flying along pre-programmed paths, all to the music of Beethoven's Fifth Symphony.

It happened back in November (although we're just getting a press notice now) in Linz, Austria, where Intel teamed up with Austria's Ars Electronica Futurelab for the occasion.

The LED-equipped quadcopters, weighing just 1.5 pounds each, were manufactured by the German company Ascending Technologies, which Intel just acquired on January 4, 2016.

Ascending Technologies made headlines on DNEWS this past December when they showed off precision software that gave drones the capability of painting holiday-based "light images" in the sky.

In this latest show, dubbed Drone 100, the swarm of drones climbed to an altitude of about 328 feet and then danced a choreographed routine that ended in a large Intel logo painted in the night sky.

You can watch the video below. 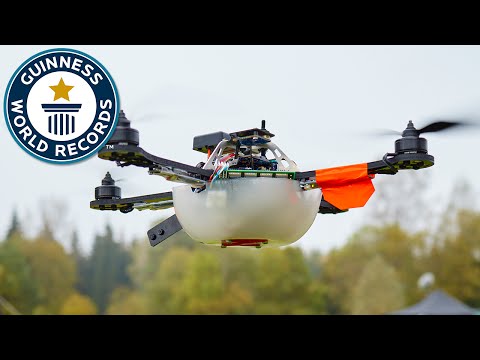 "Drone 100 was a crazy idea that came out of a hallway conversation inside Intel, and now it has become a reality," said Intel's Anil Nanduri, GM of New Markets, Perceptual Computing.

Although precision drone swarms perform beautiful displays, they actually have a practical purpose. The software the coordinates their movements is used to program drones to inspect bridges and tunnels, to potential build structures, and to also carry out military operations.

via Gizmag and Ars Electronica