The War on Drugs is a Complete Failure

In the 1960's, Richard Nixon declared the "war on drugs," America's plan to help curb drug use and drug sales in the country. So how did Nixon's drug war pan out? Not so good.

Decades later, drug use and sales have not been lowered, violent crimes are up, and there's been an increase in human rights violations worldwide. More people than ever are incarcerated for non-violent crimes, overcrowding our prisons and costing billions of dollars a year in taxpayer money. This is essentially because the war on drugs neglected one of the most basic economic principles: supply and demand. 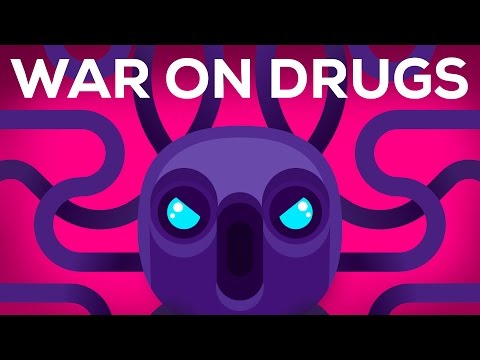 Watch More: How Afghanistan is Fueling Its Own Heroin Epidemic

Via Kurzgesagt - In a Nutshell