What Was it Like to be a Teenager in Ancient Rome?

It wasn't uncommon to be married by age 17, for one thing.

In ancient Rome, many children died before reaching adulthood, so making it to age 15 was something to be celebrated. Families often picked out a child's spouse by the time they reached their teen years, and it was common for young men to marry girls ten years their junior.

Teenage boys of a higher class would often go to the bath house with their father where they would bathe in cold, tepid, and hot baths, receive massages, and scrape the dirt off their skin. Afterwards they would indulge in a lavish meal and drink wine late into the night with the other men in their family. Needless to say, being a teen in ancient Rome was just a bit different from being a teen today. 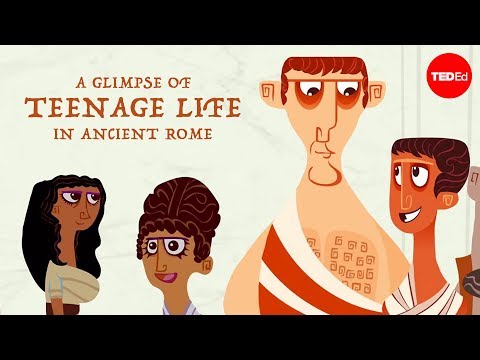 Watch More: What the Mayan Collapse Can Teach Us About Politics