This nanosatellite would hitch a ride on traditional NASA rocket, then use sunlight and water for propulsion.

How's this for a senior project?

A team of student engineers at Cornell University is hoping to put a satellite into lunar orbit by 2018, as part of their undergraduate and graduate course work. It's the kind of thing you want to e-mail your parents about, to keep the tuition checks coming in. And this isn't any old satellite, either. It's about the size of a cereal box, for one thing. And it will use water as its primary propellant.

The Cislunar Explorers project is one of several competitors in the Cube Quest Challenge, a NASA-sponsored competition to develop very small satellites capable of advanced operations both around the moon and in deep space. The Cornell project -- and the NASA competition as a whole -- is based around CubeSat design technology, which focuses on making small, inexpensive satellites with mostly off-the-shelf components. (The NASA image above shows two CubeSats in orbit.)

RELATED: Tiny 'ThumbSats' Aim to Bring Space to All

Such is the case with the Cornell CubeSat device, which would be the first to orbit the moon if it earns a payload slot on NASA's Space Launch System (SLS) rocket in early 2018. Like other CubeSats, the Cornell satellite will need to catch a ride on traditional rocket technology to get into space. But once it's there, the miniature spacecraft will inch its way into orbit using a rather curious propellant -- water.

If all goes well, it will work like this: After being jettisoned from the SLS rocket, the CubeSat will split into two L-shaped components. Each portion will have a small reservoir of water onboard, which will be converted into hydrogen and oxygen via electrolysis -- using energy harvested from the sun. Controlled combustion will then provide the propulsion needed to guide the craft into lunar orbit -- about 6,200 miles above the surface of the moon.

In addition to the water-based propulsion, the Cornell CubeSat will use an optical navigation system in which cameras keep constant track of the Earth, the sun, and the moon.

RELATED: Cubesats to Hitchike on Next Mission to Mars

The Cislunar Explorers student team is being guided by Mason Peck, former chief technologist at NASA and associate professor of mechanical and aerospace engineering at Cornell. Peck says the water-propulsion system is part of a larger vision to use resources available in space -- like sunlight -- to power spacecraft.

"A lot of the mass we send into orbit these days is in the form of rockets -- the only way we get anything into space," Peck says in the project video. "But what if we could use what's already there? If we could do that, if we could refuel spacecraft while they're already in space, that means that we could go farther, probably faster, probably accomplish a lot more, and we wouldn't rely on Earth for supplies."

Click on over to NASA's Centennial Challenges online hub for more information on Cube Quest and other ongoing competitions. 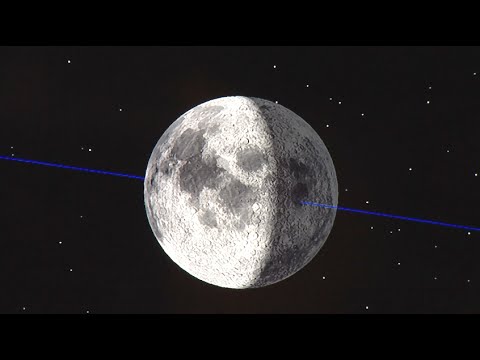