At 1 p.m. ET, "new findings" about planets orbiting other stars, so-called "exoplanets," will be revealed.

Although details are sparse, NASA has revealed that astronomers will reveal an exoplanetary discovery during a special live-streamed announcement today (Wednesday) at 10 a.m. PT (1 p.m. ET). The announcement is related to research that will be published in the journal Nature.

In attendance will be Thomas Zurbuchen, associate administrator of the Science Mission Directorate at NASA headquarters; Michaël Gillon, astronomer at the University of Liège in Belgium; Sean Carey, manager of NASA's Spitzer Science Center at Caltech/IPAC in Pasadena; Nikole Lewis, astronomer at the Space Telescope Science Institute in Baltimore and Sara Seager, professor of planetary science and physics at Massachusetts Institute of Technology.

In a statement, the only clue as to the content of the announcement is: "to present new findings on planets that orbit stars other than our sun, known as exoplanets."

RELATED: Eyeballing Proxima b: Probably Not a Second Earth

Space-based observatories and powerful ground-based systems are tasked with detecting and characterizing alien worlds orbiting other stars. Hundreds of exoplanets have so far been confirmed to exist, with many more exoplanetary candidates.

As techniques and technologies become more refined, smaller and smaller exoplanets are being found, some of which are approximately Earth-sized and orbiting within their star's habitable zones - the location from a star that is neither too hot or too cold for liquid water to persist on a planetary surface. The hunt for a "second Earth" is one of the most profound astronomical efforts of our time. It's worth noting that one of Sara Seager's research/">research goals "is to find and identify another Earth" and Nikole Lewis' research is focused around understanding exoplanetary atmospheres.

But if there's one thing we've learned about exoplanets, it's that there's endless possibilities that challenge even the most extreme science fiction ideas. So, look forward to today's big news; anything is possible. 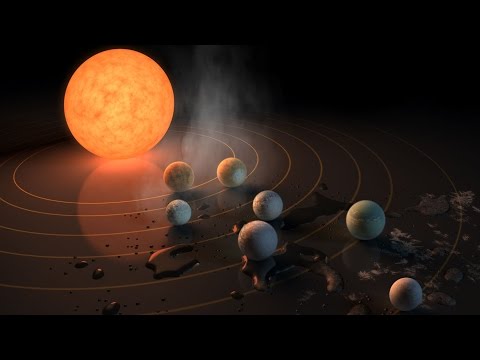