Traveling to another star is not impossible -- we just need to comprehend the vast distances, time and energies required before we can master the interstellar ocean. Continue reading →

Pushing humanity into the stars is certainly no cakewalk. There are light-years of interstellar space to bridge. Mind boggling energies are needed. We'll have to comprehend years, decades or even centuries of time before we can even consider calling ourselves an interstellar race.

Are these concepts insurmountable? No. But, according to advanced propulsion expert and science/science fiction writer Les Johnson, we need a paradigm shift before these interstellar dreams become a reality. This isn't necessarily a paradigm shift in technology, however. We need to change the way we think about time, space, distance and energy.

Most importantly, we have to start thinking big. Really big.

Speaking at the Eve Online players conference in Las Vegas, Nev., on Oct. 20, Johnson, who also serves as Deputy Manager for the Advanced Concepts Office at NASA's Marshall Space Flight Center in Huntsville, Ala., discussed one of the biggest and most profound searches of our age: the hunt for extrasolar planets, or exoplanets, in the ultimate hope of finding a bona fide second Earth.

The Eve Online universe is a massively multiplayer online role-playing game (MMORPG) consisting of a growing global community of over 500,000 players collaborating, competing and fighting to carve out their legacy in the sprawling virtual universe. Created by Iceland-based company CCP Games, Eve Online is an epic player-driven "sandbox" universe based in a science fiction future of humanity, featuring thousands of star systems for players to explore, trade, mine and fight, where exoplanets and interstellar travel are a common theme. Johnson's talk is part of a series based around the science behind the Eve Universe called "Make Eve Real."

"Before 1992, we only knew, at the time, of 9 planets (now 8 major planets and several minor planets) in existence," said Johnson. "Only in science fiction did people know there planets orbiting other stars."

In this golden age of exoplanetary studies, astronomers don't have to rely on science fiction predictions, they can make a scientific estimate that there are 100-400 billion exoplanets in our galaxy. "How do we go? I wish that I could say that we could generate a wormhole and be there right away," he added.

In the Eve Online universe, star gates, warp drives and wormholes are commonplace. Sadly, for now at least, these modes of interstellar transportation are not possible. But that doesn't mean interstellar travel is impossible; we just need to commit vast resources to such a venture.

"There are ways, in known physics, that will enable us to go from here to there, but in order to do that, we have to think differently. We have to start thinking big. And I mean really big," he said.

Stellar Foresight Big ideas are not without precedent in human history. Take, for example, the great cathedrals in Europe or the pyramids of Egypt. These were projects that lasted generations; builders would live and die constructing these massive monuments never to see them completed.

In modern history, Johnson pointed out, incredible engineering foresight has also been made. Referring to a recent trip to the Hoover Dam, which straddles the Nevada/Arizona border, he said, "this dam was built in the 1930s, but the design life of the dam itself (not the power systems) is 2,000 years ... that's foresight! That's engineering planning. That's something we shouldn't be afraid of today when planning for our (species') future."

"We need that kind of foresight if we are ever going to go to the stars."

Indeed, the nearest star with a known exoplanet in orbit is Alpha Centauri B, some 4.4 light-years away. If our species had the ability to travel just 10 percent the speed of light (which, currently, isn't possible), it would still take us 44 years to get there. The most distant man made spacecraft (and one of the fastest of all time), Voyager 1, which has just become the first mission to enter interstellar space after 36 years of travel, would take 73,000 years to reach the nearest star. Obviously, without some science fiction breakthrough (like the warp drive), interstellar travel is a concept that needs the engineering foresight of the Hoover Dam, with the stamina of a multi-generational effort to build.

Oh, and we can forget about using conventional chemical rockets to give us the oomph to the stars, we need some better, brighter, ideas.

Johnson identified several possible propulsion technologies that could, within the known laws of physics, get us to the stars.

One key idea, that has been around for decades, is that of nuclear pulse propulsion. A very well insulated spacecraft would, basically, drop nuclear bombs out the back end and the spacecraft would ride the shock waves produced by continuous detonations. The technologies behind this idea were formulated in the 1950s with Project Orion. Then, nuclear pulse propulsion was examined by the British Interplanetary Society from 1973 to 1974 and embodied in the massive Project Daedalus Starship. Recently, the non-profit organization Icarus Interstellar carried out a five year engineering study into the "Son of Daedalus," Project Icarus.

Although promising, huge strides in fusion technology and structural engineering would need to be made. "To go to the stars we have to engineer things on massive scales," said Johnson. The original Daedalus starship would weigh in at a whopping 54,000 tons, where only 450 tons of that mass would be payload; the rest would be fuel. That vehicle would therefore dwarf the Empire State Building.

There is, of course, the idea that antimatter may be harnessed to generate the thrust required to accelerate to relativistic speeds to get to the stars in a reasonable amount of time. Sadly, for the time being, we don't have the means of producing or capturing significant quantities of antimatter. Besides, storing the stuff could prove tricky. Antimatter is an "awesome power source, but it would also be an awesome bomb," Johnson quipped, advocating the need for some kind of antimatter storage facility far away from Earth.

In Johnson's tenure as Interstellar Propulsion Research Project manager, his team was challenged to design an interstellar prototype that could travel a distance of 250 AU (astronomical units) in 20 years. This may seem like a long time, but remember, the Voyager 1 probe has only traveled 135 AU in the 35 years of interplanetary exploration.

After considering a nuclear-powered ion drive-propelled spacecraft and a probe that would use a series of gravitational assists with the planets to build up speed, Johnson's team realized the concepts would either be too expensive or take too long to reach their destination.

Then came the idea of using the "free" energy of the sun - could a spacecraft, using a vast solar sail, be propelled to the required speeds in the required time frame?

The Age of the Sail?

Solar sail technology is slowly seeing the light of day as a viable means to accelerate an unmanned probe around interplanetary space. NASA's NanoSail D project saw the successful deployment of a 10 square meter solar sail in 2011, orbiting Earth for 240 days. The Japanese space agency JAXA has had the most success of all, launching its IKAROS (Interplanetary Kite-craft Accelerated by Radiation Of the Sun) solar sail in May 2010 and becoming the first solar sail to fly by another planet, Venus, the following December. Other solar sails are planned, including the Planetary Society's Lightsail 1 and NASA's ambitious 1,200 square meter (13,000 sq ft) Sunjammer deep space mission in 2015.

ANALYSIS: Voyage of the Sunjammer: Sailing on Solar Winds

After crunching the numbers, by scaling up the solar sail concept, it is indeed possible to access interstellar space fast with a huge solar sail. If deployed close enough to the sun, a massive acceleration could be achieved. But what happens when solar energy pressure drops with distance? It's conceivable that we could construct laser "boosters" to bridge the interstellar void, where laser light can be used in lieu of sunlight.

"Now this is where we need to think differently - to go to the stars with these systems, you'll need a sail the size of Nevada with a laser that has the energy output of roughly equivalent to the energy output of the human race today," he said. These may sound like science fiction ideas, but, fundamentally, no physical laws are being broken. What's more, who knows what technologies and energy-generation systems we'll have access to in 100 years time?

We live in a Universe where time is of little concern and the possibilities are, from our perspective, infinite. It's up to us, as a species, to think big before we can ever hope of becoming masters of our own solar system, let alone the interstellar ocean.

"We know that the galaxy is full of planets. There are lots of destinations out there. It's not going to be impossible for us to go to those planets. There are ways within the known laws of physics (and perhaps, along the way, the unknown physics might let us have our warp drive) that will allow us to go to the stars. We just need to think really, really big and long-term. This is something we're not used to doing. We need to think like those engineers who built the Hoover Dam to have this thing generate power in 2,000 years. Are we up for that challenge?" - Les Johnson, Eve Online Vegas. Oct. 20, 2013 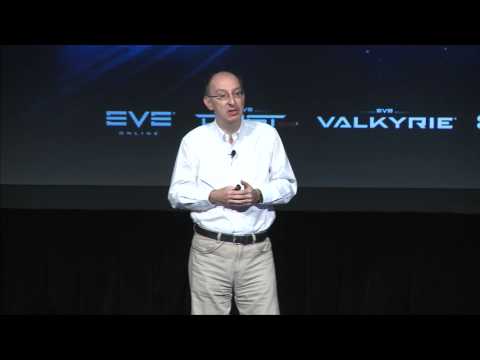 Project Daedalus was an ambitious 5-year study carried out in the 1970s by the British Interplanetary Society (BIS). Its main objective was to research the viability of building the first spaceship that would make the trek to the nearby Barnard's Star, some six light-years from Earth. Traveling to another star requires lots of energy. This in turn requires novel propulsion techniques and lots of fuel. "Daedalus was to be a two stage spacecraft, with stage one carrying 46,000 tonnes of fuel and stage two carrying 4000 tonnes," says Richard Obousy, Tau Zero Foundation member and Project Icarus leader, in the Discovery News article "Project Daedalus: A Plan for an Interstellar Mission." Want to know what the Daedalus concept looks like? Browse this exclusive Discovery News slide show to compare this groundbreaking project with other man made structures...

Daedalus vs. The Empire State Building

Although Barnard's Star is in our cosmic back yard, six light-years is a long way to go, meaning relativistic speeds are required. "After a total boost phase of nearly four years, it would be traveling at its top speed of 12.2 percent the speed of light, and would reach its target in 50 years," says Obousy.

This intergalactic behemoth was designed to be an unmanned probe so it can gather important data about its target star system and then beam its findings back to Earth. Unfortunately, it wasn't designed to enter orbit around its target star; Daedalus cannot slow down and will zoom past Barnard's Star in a matter of days.

The Daedalus Interstellar Spaceship was designed to use Helium-3 as its fuel. Helium-3 pellets would ignite, generating energetic fusion explosions. The exhaust from these explosions would propel Daedalus across interstellar space. Unfortunately, Helium-3 is rare and mining of celestial bodies in the solar system would be required. "The Daedalus mission involved a plan to mine the atmosphere of Jupiter," says Obousy. "This requirement in itself indicates the need for a vast solar system-wide civilization with abundant capabilities and a massive space-based infrastructure, and so makes the challenge of building a 'Daedalus Class' spacecraft great."