EVE Online is about to launch a real-world crowdsourcing science project within the game mechanic, using a huge player base to help characterize proteins in the human body.

EVE Online, the massively multiplayer online role-playing game (MMORPG) that is known for it's internet spaceships and awesome science fiction visuals, is about to launch a real-world crowdsourcing science project within the game mechanic, using a huge player base to help characterize proteins in the human body.

GALLERY: Back to School? Help Explore the Cosmos From Home

The initiative, called Project Discovery, will operate as a mini-game within the EVE Online universe, allowing in-game characters, known as "capsuleers," to overview microscopic images of human cells and tissue. In doing so, the project's real world scientists hope to capitalize on a captive audience to study a huge quantity of images that require the human eye to identify and categorize certain biological structures.

Mapping human proteins is necessary to find novel treatments and understanding diseases such as cancer. By characterizing where the proteins are located and how they are shaped, scientists can better find these treatments by working out what these proteins do. But it is a huge task that would require an army of scientists to work on.

Citizen science projects depend on public participation to often make groundbreaking discoveries. For example, the Galaxy Zoo project has thousands of participants identifying different classifications of galaxy to seek out cosmic patterns and, along the way, discover some interesting quirks about the human brain.

Recently, participants of the Planet Hunters project, which is an effort to seek out transit signals in NASA Kepler Space Telescope's data, published a paper with professional astronomers detailing a strange transit signal coming from the star KIC 8462852. Most likely a cluster of comets, there is also some speculation (beyond the paper's conclusions) that the object may be some kind of alien megastructure. Of course, the likelihood of this being the case is vanishingly slim, but the fact that it was a citizen science project that first identified this oddity, and potentially a phenomenon we've never seen before, shows how powerful these crowdsourcing projects can be.

But rather than making it a public effort to identify biological shapes in human cells and proteins Sweden-based scientists of The Human Protein Atlas, the Swiss company Massively Multiplayer Online Science (MMOS) and researchers from Reykjavik University, Iceland, are bridging real-world science into the gaming world by teaming up with CCP Games, the Iceland-based company that develops EVE Online, leveraging gamers' participation while rewarding them with in-game "loyalty points."

"By playing this image analysis mini-game, that will give you ISK (the in-game currency) and Sisters of Eve loyalty points, you'll be helping to improve the data in the Human Protein Atlas," said CCP Games Executive Producer Andie Nordgren during the opening keynote speech at the EVE Vegas fan conference in Las Vegas on Friday (Oct. 23). 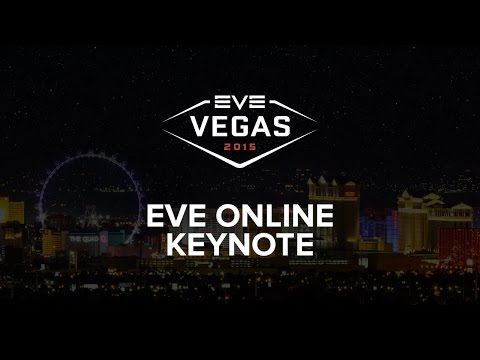 The data for Project Discovery comes from The Human Protein Atlas, which was founded in 2003, and the Stockholm-based group is currently building a publicly-available database of all known proteins found throughout the human body.

According to assistant professor Emma Lundberg, who is compiling the Subcellular Protein Atlas and spoke at EVE Vegas on Sunday (Oct. 25), categorizing these proteins "all comes down to pattern recognition." Interestingly, Lundberg will have an in-game avatar called "Professor Lundberg," a virtual scientist of the humanitarian aid organization the "Sisters of EVE," to tutor capsuleers on how to identify different proteins.

As an avid EVE Online player, I'm really excited to see how this mini-game performs inside the greater EVE universe. EVE is based around a cluster of thousands of jumpgate-connected stars called New Eden and can be populated by tens of thousands of active gamers at any time. It is a sandbox where player-generated content drives the rich diversity of this virtual world.

Although conflict is one of the key driving factors behind the gameplay, often resulting in immensely complex spaceship fleet battles for which it is known for, there are many different facets of gameplay that are more altruistic in nature. So by tapping into this side of the EVE community I think CCP Games and their partners from the science world are doing something rather clever; using science data as content for the game, while crowdsourcing gamers for their skill in identifying human proteins to help solve some of the most mystifying puzzles about the human body. 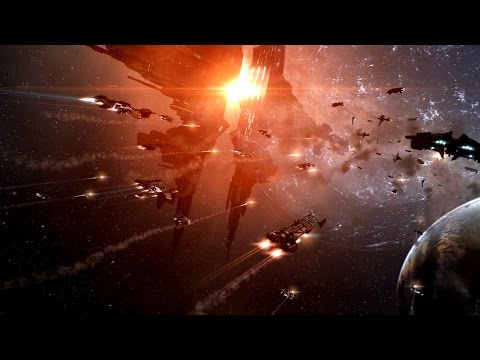 Disclaimer: I attended this year's EVE Online as a self-funded fan of the game and didn't attend in my capacity as space producer for Discovery News. However, I thought this fascinating project (which was only a small part of all the amazing in-game announcements) was so compelling, I had to at least blog about it.

Watching the Universe Grow Inside a Supercomputer Imagine if you could assemble all known physics, throw it into a powerful supercomputer and watch a virtual universe evolve. Well, that's exactly what a team of physicists at Stanford University's Kavli Institute for Particle Astrophysics and Cosmology (KIPAC) have done. This mammoth task has culminated in a part-physics/part-art exhibit that is being showcased in 3D videos playing at a theater on the SLAC National Accelerator Laboratory and featured at planetariums in New York City and San Francisco. In the videos, everything from dark matter to star formation is simulated. One simulation even demonstrates the majestic collision between two galaxies just as they merge to become one. Here's a sneak peek of a few of the stunning scenes showcased in the simulations.

Dark Matter The KIPAC team have simulated everything from the first few milliseconds of a supernova detonation to the 13.75 billion years of cosmic evolution and condensed the trillions of bytes of data into short animations lasting only minutes. "I'm trying to predict the past -- how the universe came to be the way that it is today," said Tom Abel, an associate professor of physics at Stanford University and head of KIPAC's computational physics department. Of particular interest to cosmologists is the science behind mysterious dark matter -- the "invisible" stuff that is theorized to pervade the whole cosmos, supplying the majority of the Universe's mass. Therefore, to visualize the early formation of large-scale dark matter structure (pictured here) isn't only a beautiful sight, it's also of paramount scientific importance.

Galactic Mergers In one simulation, the gravitational effects of two spiral galaxies colliding is envisioned. Before they merge as one, the pair undergo an orbital dance, scattering stars as they go. Astrophysicists have predicted and observed rapid star birth inside galactic mergers, so far from being destructive events, galaxy collisions can kick-start star formation.

Dwarf Galaxies Another simulation shows the formation of some of the earliest galaxies. Only a couple of hundred million years after the Big Bang, dwarf galaxies started to appear. It is thought that these galaxies eventually clumped together, forming the foundation of larger galaxies we see today -- like the Milky Way.

The First Stars The first stars to form were very massive, feeding off and ionizing their proto-galaxies' supply of hydrogen. These stars lived fast and died young, exploding as powerful supernovae. The KIPAC simulations take the viewer on an immersive tour of these powerful events using computational power that hasn't been available till now. "Creating these animations is a real joy these days because computers and software are so much more powerful today," Abel said. "Not long ago it took us weeks to produce a single animation. Now we can do one in an afternoon. "It's an immersive environment," he continued. "You can explore three-dimensional data, 'Avatar'-style. It's wonderful to have the sensation of being inside the cosmological data."

Not Just a Pretty Picture Astrophysicists work by taking observations and then they try to understand what they are seeing by creating a model. The model will use known physics in an attempt to replicate the observations. Now researchers have Hollywood budget-busting visualization tools in the laboratory, producing mind-blowing simulations of astrophysical phenomena, they are able to chase-down some of the most complex mechanisms that shape the cosmos. For example, the KIPAC visualizations helped Stanford colleagues understand the formation and structure of galactic clusters by simulating the formation of 100 clusters within a virtual cube measuring 4.5 billion light-years per side. So these may be pretty animations, but there is a strong scientific motivation behind their creation.

"These videos aren't just screensavers. They show us how the universe really works," concluded Oliver Hahn, KIPAC post-doctoral researcher, who is using this visualization tool to support his work.

For more information, images and videos of these simulations, see the KIPAC project pages.