A black-crested macaque offers a peek at animal life in remotest Sulawesi.

Video traps deployed by the Wildlife Conservation Society on the Indonesian island of Sulawesi recently captured rare footage of an endangered black-crested macaque "chattering" and a Sulawesi warty pig checking out a camera before going along its way.

The videos are providing researchers with a glimpse of what animal life takes place in remote parts of rainforest-rich Sulawesi.

As WCS Indonesia Country Director Noviar Andayani said: "Our initial results are already providing very exciting insights into Sulawesi's unexplored rainforests, as you can see with these quirky characters showing up in the video traps."

Andayani and her team have partnered with the Bogani Nani Wartabone National Park authority for the project.

Here, the black-crested macaque chatters in front of a camera before trying to rip it from the tree upon which the device was fastened: 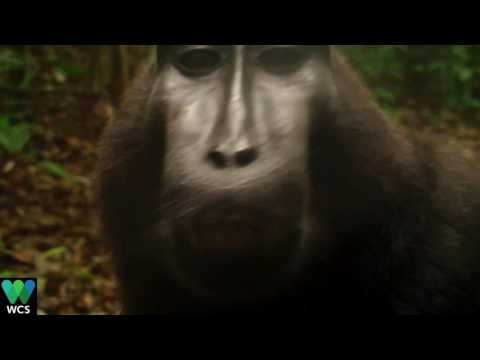 It is clear that the macaque was trying to communicate something, but researchers are not yet certain what such sounds mean. Susan Wiper and Stuart Semple, of Trentham Monkey Forest in the U.K., an estate where visitors can see 140 Barbary macaques, previously studied the phenomenon.

They wrote: "Teeth chattering is seen in many primate species and has been proposed to have a range of social functions."

They investigated to find out if the chattering functions as "a signal of submission, appeasement, affiliation or reassurance." Support was found for all four, so there are still a lot of questions to be answered. The WCS researchers suspect that the macaque was just curious and was trying to engage with the camera. It might have seen its own reflection in the lens.

The Sulawesi warty pig also seemed curious about one of the cameras: 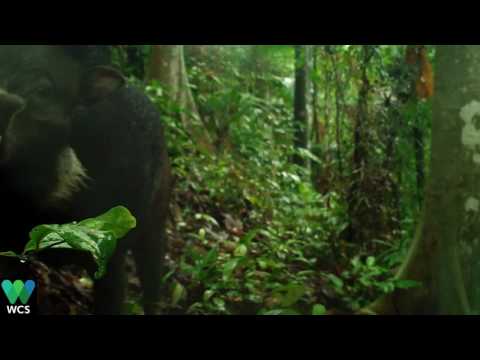 This pig is listed as "near threatened" by the IUCN "Red List" of endangered species. The IUCN notes that the pig, native to the island, has experienced "widespread over-hunting and habitat loss through much of its range."

The camera traps, which are activated by motion sensors, provide photos and videos that are aiding scientists in identifying the presence of rare species that are native to the island.

Using the collected information, the researchers hope to map the various species' abundance across the vast island landscape. The results will then be used to identify important forest habitat, such as wildlife corridors, that are in need of protection.

Andayani and her colleagues have not yet captured footage of the elusive Sulawesi civet. Though just 13 pounds, it is, remarkably, the island's top predator. Hopefully, it will make a camera appearance soon. Stay tuned!

WCS's Northern Sulawesi Coordinator, Iwan Hunowu, said: "Sixty-seven percent of Sulawesi's mammals are endemic [native to the island], but if you remove bats this rises to 99 percent. There are 72 endemic mammal species."

"The camera trap results will be critical in informing our conservation strategy."