The Most Wanted Particle: The Higgs Boson: Perimeter Institute Video

WATCH LIVE: Tonight, at 7 p.m. EDT, The Perimeter Institute will be hosting a special lecture by British physicist Jon Butterworth who works on the ATLAS detector at the LHC.

Tonight, at 7 p.m. EDT, The Perimeter Institute will be hosting a special lecture by British physicist Jon Butterworth. Having chatted to Jon on a number of occasions, I know that he is an awesome speaker with some mind-blowing insights about high-energy physics, quantum dynamics and the Large Hadron Collider.

Yes, this is the same Jon Butterworth who told Discovery News, in 2009: "I am not really a big Higgs (boson) fan," and instead hoped for a more exotic discovery than a Standard Model Higgs particle. So now we've discovered a rather "vanilla" boson, where does that leave Butterworth's speculation for what lies beyond the Higgs?

Butterworth works on one of the gargantuan LHC detectors, ATLAS, and is a physics professor at University College London (UCL). In his Perimeter talk, he will discuss his own research at the LHC, the importance of the search for the Higgs boson and reveal some of his speculation about what historic breakthroughs await us at the world's largest particle accelerator.

Watch the live feed here, you can also interact with Perimeter physicists who will be answering questions via their homepage or via Twitter using the hashtag #piLIVE 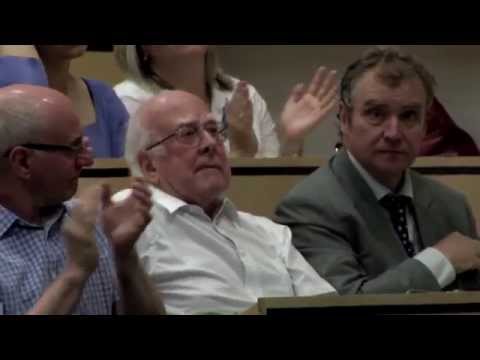