A new forensic method uses hair samples to provide highly accurate predictions of a suspect's age, gender, diet, and even his or her country of origin.

Forensic investigators may soon have the power to predict a long list of identifying traits about a suspect by analyzing just a single strand of their hair.

The new procedure predicts an individual’s age, gender, diet, drug regimen, body mass, exercise habits, and even country of origin within a degree of certainty — all from a hair sample, according to research presented today at the annual meeting of the American Chemical Society.

"Depending on the question being asked, the chemical analysis of human hair can provide amazing insights into the life and lifestyle of a person,” said Dr. Glen Jackson of West Virginia University, the lead scientist pioneering the new method. "Who you are, where you've been, what you eat, what drugs you take — it all shows up in your hair.”

Forensic hair analysis has largely fallen into disrepute over the years after testifying experts overstated its accuracy during criminal trials.

Once a common tool for investigators and prosecutors, the technique relied primarily on the visual examination of the thickness, color and curvature of hair under a microscope. 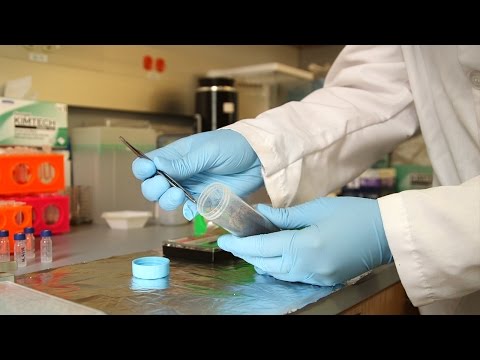 Advances in DNA analysis, however, led to many exonerations of those who had been convicted using forensic examinations of hair samples.

In one notorious incident, the US Justice Department formally acknowledged in 2015 that FBI examiners overstated forensic matches in ways that favored prosecutors in more than 95 percent of 268 trials reviewed over two decades prior to the year 2000. Those mishandled cases included 32 defendants who had been sentenced to death.

According to the Innocence Project, a New York-based non-profit dedicated to exonerating the wrongfully-convicted, of the 349 people exonerated in the United States by DNA testing since 1989, 46 percent involved the misapplication of forensic science.

The new method, if adopted by investigators, could rehabilitate the field of hair analysis, bringing the approach back into the mainstream.

The approach is meant to compliment DNA testing, not replace it.

Jackson’s method involves running an analysis of the hair’s chemical composition, focusing on amino acids found in keratin, the protein that is the primary material of human hair.

Unlike a DNA test, which reveals only a genetic profile, Jackson’s technique can also reveal recent behavior and lifestyle factors within a certain degree of probability.

"You could have genetically identical twins, and if one is obese and one is lean, we potentially could tell the difference between their hairs with our method," Jackson said.

This new technique relies on liquid chromatography in conjunction with isotope ratio mass spectrometry to measure the ratio of isotopes — atoms with different numbers of neutrons — within 21 amino acids found in keratin.

To be sure, the method remains under development and, like earlier forensic hair analysis techniques requires more than a single strand of hair to be effective.

But Jackson told a press conference in San Francisco on Tuesday that it’s “a matter of time” before the sample size can be reduced to a single strand.

WATCH: Why Is Japan's Crime Rate So Low?