Waverly Labs is among a wave of companies developing wearable translator technology aimed at the hospitality, travel, and tourism sectors.

New high-tech earpieces that translate foreign languages in real time are among the latest Dick Tracy-esque gadgets to hit the market.

Slated to go on sale before December, the Waverly Labs device is among a growing wave of wearable translator technology. The technology allows two people, each wearing an earbud, to converse in different languages. Each earpiece translates the language it hears into the tongue of its wearer, so people can converse eye-to-eye.

A company video shows how it works. A CNN video confirmed it, but showed how the interpretation could sometimes be a little off base. It rendered “Are you married?” in Spanish as “You are married” in English, for example.

The New York startup is currently focusing on the social uses of instantaneous translation, like within bilingual families or frequent travelers. As many as eight earpieces can operate in a group. 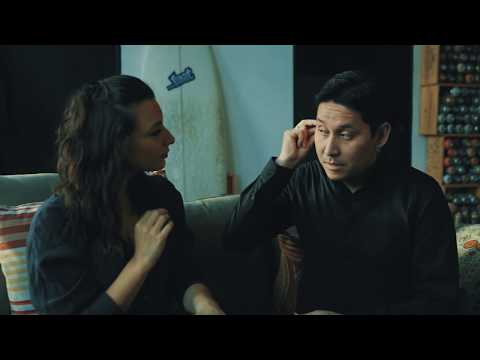 But the company also sees how healthcare, humanitarian groups, and government agencies could use the technology. “It’s really broad,” said Guerriero. “I could go on and on about the possibilities.”

After attracting $4 million in IndieGogo crowdfunding at the start of the year, the company collected more than $5 million from 27,000 preorders for earpieces now priced at $249 a pair.

The earpieces use the company’s Pilot app. It offers French, Italian, Spanish, Portuguese, and English for free, but expects to charge for Arabic, Chinese, German, Greek, Hindi, Japanese, Korean, Polish, Russian, Turkish, and other languages in the coming months.

RELATED: A Universal ‘Language’ of Arousal Connects Humans and the Animal Kingdom

Machine learning is key to the technology. It can access and analyze reams of data to anticipate and understand human language. But the need to access that data gives rise to a drawback: It must be connected to the internet to work.

In Asia, a handheld device called Ili provides translation between folks speaking English, Japanese and Chinese with other languages promised. It doesn’t connect to the internet, instead using a “built-in translation engine” that listens, then repeats snippets of speech in one of the other languages.

RELATED: Cognitive Hearing Aid Can Isolate a Single Voice in a Crowded Room

Guerriero didn’t elaborate on Pilot’s patent-pending technology, saying only it was hybrid technology that uses a neural network-based approach to translation. The company is now working on an offline version of Pilot. In the meantime, she believed the sound quality and design would make up for their drawbacks.

“The diversity and density of options that we have is enabling us to have much better quality of translations,” she said.

WATCH: What Is the Future of Language?

Pilot uses a neural-network approach to translation, not a statistical-based approach as previously stated.