As a comic book creator, he doesn't think about diversity as much as when he was a consumer.

Ta-Nehisi Coates, national correspondent for The Atlantic who focuses on cultural, social, and political issues, is writing the next installment of Marvel Comics' Black Panther. He wanted to take on the challenge so he could grow as an artist, but it hasn't been easy. Even though Coates has been a fan and collector of Marvel since he was very young, he still gets nervous when he takes on a type of writing he's never done before. 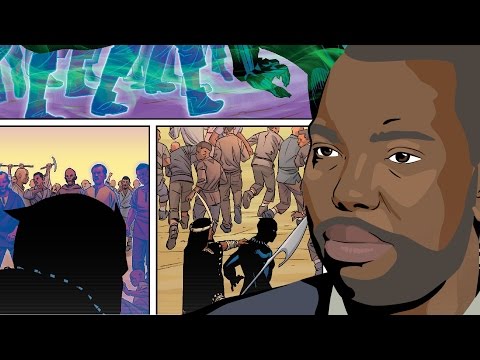 Coates says he's always felt that Marvel has included a lot of diversity in their comics, as opposed to the lack of diversity he saw on television while growing up. Although now, as a comic book creator, he doesn't think that much about diversity because it's irrelevant to why the story works or not.

To see a real-life super hero in action, check out Greg Collaco's story: What It's Really Like to be a Firefighter