A software program called UNU harnessed the collective power of experts to correctly predict which four horses would cross the finish line.

The results are in! Two heads are better than one and 20 heads can win big bets and make millions.

A software program called UNU harnessed the collective power of horse racing experts to correctly predict which four horses would cross the finish line - and in which order - at this weekend's Kentucky Derby.

And that's exactly what Tech Insider reporter Hope Reese did.

It's was her idea for UNU to make the call. She knew that the platform, developed by Unanimous A.I., a Silicon Valley startup founded by entrepreneur and researcher Louis Rosenberg, had made some correct predictions in the past.

In fact, the tool had accurately guessed winners for the Super Bowl, the NCAA championships, the Oscars, and also correctly predicted primary election results.

"We were reluctant to take this challenge," says David Baltaxe, Chief Information Officer at Unanimous. "Nobody here knows anything about horse racing, and it's notorious for being unpredictable."

But he knew UNU was robust.

The program works by gathering together a set group of experts in a particular area and then asking them a series of questions. The idea, says Reese is that "various units of the group will influence each other in order to arrive at a correct decision - one that is more accurate than any individual prediction."

For the Kentucky Derby superfecta prediction, Rosenberg tapped into 20 people knowledgable about horse racing. Over a 20-minute session, the group used the UNU platform to answer questions, narrowing the field of 20 horses down to four potential winners.

They were then asked to put the four horses in order: Win, Place, Show, and Fourth. This whole process took about 10 minutes.

A week later, after the Kentucky Derby announced the post positions of the horses, the group was asked if any changes should be made. The post position of a horse can influence the outcome and after seeing the lineup, the experts made a collective decision to to switch out one of the horses for another.

The process took another 10 minutes.

This collective decision-making is called swarm intelligence and we see it nature everywhere. Bees, ants and fish - to name just a few of the animals who exhibit it - amplify their own intelligence by pooling their collective insights for optimal decisions.

Reese published the list a day before the race, quoting an expert who said he was skeptical. 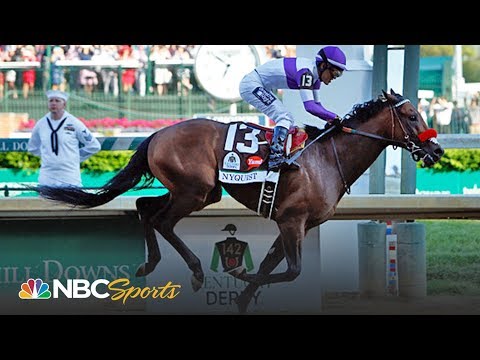 "We've been blown away by how smart UNU has been in prior predictions, but when the horses crossed the line I almost didn't believe it, especially since we put ourselves out there by publishing the picks. And here's the amazing thing - while the Swarm A.I. got the picks perfect, not a single individual who participated in the swarm got the picks right on their own - not one."

The Future Is Now: Predictions Are A Problem

Could swarm intelligence forever change the face of betting?

Experts quoted in both the Tech Republic article and the Market Wired article all say no, that if it were the case, people would be swarming to swarm intelligence to make big bets and win millions.

But we know better, don't we?