The Man of Steel swoops in and saves crewmembers of a Russian Soyuz spacecraft from apparent death in the new superhero movie.

In the new film "Batman v Superman: Dawn of Justice," which hits theaters across the United States on Friday (March 25), the Man of Steel swoops in during a launch emergency and delivers the crewmembers of a Russian Soyuz spacecraft from apparent certain death, as the highly anticipated movie's trailer shows.

Ten years ago, it was a space shuttle that needed saving. In 2006′s "Superman Returns," NASA for some reason attempts to launch a shuttle from atop a jumbo jet in midair - and also allows reporters to fly aboard the plane, to get an extra-juicy scoop. (Space shuttles did ride carrier jets in real life, but only while being transported from place to place; on space missions, the orbiters launched vertically, from the ground.)

This novel liftoff strategy goes awry in the 2006 movie, and Superman saves the day, as he is wont to do: He sends the shuttle on its orbital way, and prevents the jumbo jet from crashing into a baseball stadium in New York City. If you missed it, here's a clip: 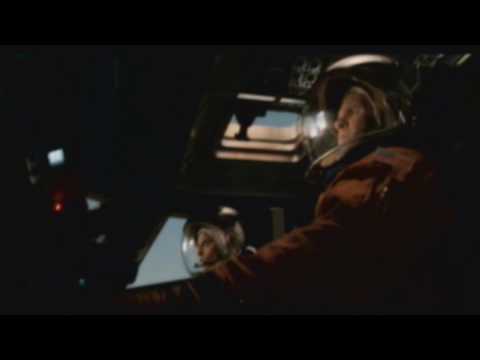 The shuttle fleet was grounded in 2011, but Soyuz spacecraft are still operational. Indeed, the Soyuz is currently the only ride to and from the International Space Station (though the American spaceflight companies SpaceX and Boeing are developing their own astronaut taxis, which NASA wants to be operational by the end of 2017).

Soyuz spacecraft launch atop Soyuz rockets from Baikonur Cosmodrome in Kazakhstan. History has proven both the spacecraft and the rocket to be very reliable; Soyuz cosmonauts died during accidents in 1967 and 1971, but there have been no fatal accidents since. (Neither tragedy was caused by a launch failure, for what it's worth.)

Real-life Soyuz are built without Superman in mind, and thus have a launch-emergency system of their own - a small rocket designed to steer the capsules clear of danger should something go wrong on the pad. You can see this rocket in the "Batman v Superman" trailer, by the way; it's the long, pointy thing at the top of the Soyuz. (Apparently it didn't work as it was supposed to in the movie's universe.)

The space shuttle program also suffered two fatal accidents during its 30-year run. The shuttle Challenger exploded 73 seconds after liftoff in January 1986, and Columbia broke apart during its re-entry to Earth's atmosphere in February 2003. Each disaster killed all seven astronauts aboard.

Superman saves a crewed Soyuz spacecraft in the new film "Batman v Superman: Dawn of Justice," which hits theaters across the United States on March 25, 2016.

Genetic mutations and advanced technology can give comic book characters super-human abilities. And the same holds true in real life. Sure, humans don't yet have the ability to shape-shift or walk through walls or, as is the case with Wolverine, heal in seconds from just about any injury. But there are a few other super powers that are within practical reach (and no shortage of people claiming to possess super powers). While you wait for "The Wolverine" to hit theaters, with a release date set for summer 2013, why not explore some examples of super human powers and abilities in the real world?

Mindreading Charles Xavier, the leader of the X-Men, has the ability to read minds. While no human has so far demonstrably proven this ability, we have developed technology that could read minds. This mind-reading device was developed by researchers at the University of Utah to help speechless patients form words. Words can be read directly from patients' minds by attaching microelectrode grids to the surface of the brain and learning which signals mean which words, a development that will ultimately help such patients talk again.

Magnetism He's no Magneto, but according to his father, Bogdan, a 7-year-old Serbian boy, has the ability to attract metal objects to him. In fact, his "magnetism" appears to extend to non-metal objects as well. Of course, Bogdan's magnetism hasn't yet been scientifically proven. In fact, it's most likely that he's just a little overweight and oils in his skin make him sticky.

Teleportation Azazel, one of the antagonists in "X-Men: First Class," has the ability to teleport himself and others from one place to another. In reality, we haven't come close to that level of transport ability. However, scientists have successfully teleported light and data over a stretch of 10 miles.

Flight Flying is certainly the ultimate superpower. But until a radioactive pigeon bites you, we'll all just have to rely on technology to get us airborne. Swiss adventurer Yves Rossy has taken solo flight to the extreme with his custom-designed wingsuit. Recently, Rossy even took his jetpack for a spin over the Grand Canyon. Reaching speeds of 190 miles per hour, this jetman could keep up with some of the fastest fictional fliers.

Muscle Mass You wouldn't want to see this dog when she gets angry. Wendy may look like a pitbull but is in fact a whippet with a rare genetic mutation that makes this dog more muscular. Although this dog is gifted with twice the muscle mass as average-sized whippets, Wendy has the same size heart, lungs and other organs.

Iron Man OK, Tony Stark may be from a different franchise, but his Iron Man suit has become inspiration for military and tech manufacturers testing their own brands of exoskeleton suits. These real-life iron man suits have been designed for applications as mundane as climbing up a flight of stairs and as complex as protecting a soldier on a battlefield.

Echolocation Like the superhero Daredevil, Ben Underwood "sees" with his ears rather than his eyes by employing sonar. By emitting clicking noises with the back of his tongue, Kish is able to determine the distance and a rough outline of the shape of a nearby object. This allows him to navigate without the aid of a cane or seeing eye dog. Other blind people have also developed this ability, so this technique is not unique to Kish.

Soothsaying No one person can predict the future, but a recently developed software program used in Baltimore and Philadelphia is predicting which individuals on probation or parole are most likely to murder and to be murdered. Philadelphia, Baltimore, and Washington, D.C. are using or planning on using the program, and the software has already helped reduce the murder rate in some police districts.

Bionic Limbs Losing a limb can certainly be a traumatic experience. But there is hope with bionic technology. Part robotics, part mind-control, this mechanical hand is actually being controlled by the mind of amputee Pierpaolo Petruzziello.