The iconic double helix shape of DNA is one of the most famous images in all of science. The structure, formed by double-stranded molecules of nucleic acids, was discovered by researchers James Watson and Francis Crick, and popularized in Watson's 1978 book "The Double Helix: A Personal Account of the Discovery of the Structure of DNA."

The Watson-Crick DNA helix, however, usually depicts only a tiny fraction of a real genome - maybe a dozen DNA "base pairs" in sequence. A complete set of human DNA instructions contains about 3 billion base pairs, tightly coiled and squeezed into the nucleus of a cell. When longer segments of DNA are viewed with a wide-angle lens, so to speak, the structure becomes exponentially more complex.

Researchers from the United States and Britain are hoping to untangle this conundrum using powerful microscopes and supercomputer simulations. They've discovered that, not only are long DNA strands enormously complex, they constantly wiggle and morph into different shapes.

In a study published this week in the journal Nature Communications, Dr. Sarah Harris from the University of Leeds suggests that imaging these samples of "supercoiled" DNA can help scientists develop better medicines.

"This is because the action of drug molecules relies on them recognizing a specific molecular shape - much like a key fits a particular lock," Harris said in a statement. "When Watson and Crick described the DNA double helix, they were looking at a tiny part of a real genome, only about one turn of the double helix. Our study looks at DNA on a somewhat grander scale - several hundreds of base pairs - and even this relatively modest increase in size reveals a whole new richness in the behavior of the DNA molecule."

The study's larger samples are still just a tiny fraction of a full DNA set, which if fully untangled and stretched out would measure more than a meter in length. But the longer sample strands do provide more information on DNA's morphing tendencies, which you can observe directly in this video of the computer simulation model.

If you're having trouble wrapping your head around all this, a team of researchers from the field have helpfully put together the civilian-friendly video below, possibly the first ever cultural artifact to combine Meghan Trainor and dynamic angstroms. Seriously, you must click. 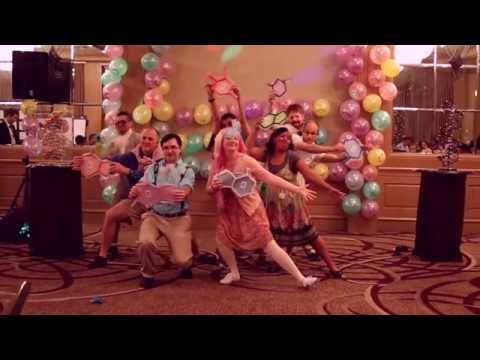