Researchers have developed a method for dramatically boosting the capacity of plants to absorb carbon dioxide from the atmosphere.

On the most basic level, there are two ways of heading off catastrophic levels of global warming.

The world's economies can reduce the production of carbon dioxide and other greenhouse gases by rapidly adopting methods for producing clean energy, whether by harnessing the power of the wind or sun, or by developing technologies that can capture and store the emissions produced by coal, natural gas, and oil.

The second method involves pulling existing carbon dioxide out of the atmosphere. This strategy ranges from technologies that seem more akin to science fiction, such as man-made resins that absorb carbon, to efforts at expanding the planet's natural stores of carbon dioxide - namely, forests - by planting more trees.

The work of Tobias Erb, a biologist at the Max Planck Institute in Germany, falls somewhere between the fantastical and the natural.

RELATED: Plants Have Been Slowing the Rate of CO2 Over the Past Decade

Erb was part of a research team that has successfully devised a new, more efficient pathway for carbon absorption in plants, effectively supercharging their carbon-eating potential. The team's findings were published in the journal Science.

"If you think about plants, they're efficient CO2-fixing filters, but they are not fast," he says in a video explaining their discovery. "I think there is a chance to improve existing biology with synthetic biology." 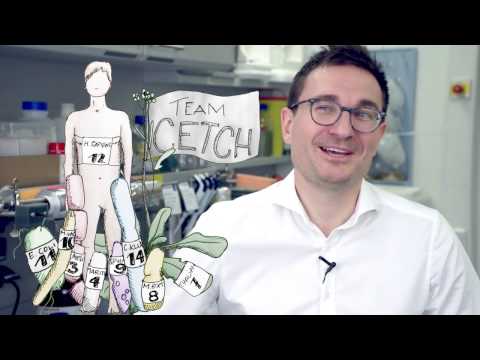 The researchers identified 17 different enzymes from nine different organisms, three of which they re-engineered. In so doing, they created an all-star team of sorts, where the capacity of the group exceeded the ability of the individual enzymes.

RELATED: The Myth of Clean Coal vs. the Reality

"It's as important to bring them together and harmonize them so they can work together as a team," Erb said. "For instance, like a soccer team, it's not enough to have good individual players. You need a team to win the championship. So, if you want to fix CO2, you want to have enzymes that work together efficiently."

They've only studied the enzymes in test tubes. Making the leap from lab to real world application will require introducing these enzymes into plants. Alternatively, the enzymes could be used to help design artificial leaves that might be used to absorb atmospheric carbon dioxide.

However the advancement shakes out, it could potentially play a major role in stemming the tide of irreversible climate change as a consequence of greenhouse emissions.

WATCH: How Can We Reverse Climate Change?