A crowdfunding campaign to design a new boat for conservation and environmental missions has met its goal and then some.

A new powerboat that runs on sustainable fuel will be on the high seas in no time, fighting wildlife crime.

The Earthrace-2, to be captained by eco-warrior Pete Bethune of New Zealand, is the goal of a Kickstarter crowdfunding project that, with 60 hours left to go, has already exceeded its $50,000 funding objective.

The vessel will support a crew of 26 for nearly a month at sea.

Bethune is committed to fighting wildlife crimes such as poaching, illegal fishing, trafficking and habitat destruction. He has a team of military-trained people who have been instrumental in shutting down illegal operations centered on shark finning, whaling, gold mining, logging, wildlife trafficking and more.

They've documented a few of their busts on the television show, "The Operatives," which has run two seasons with 18 episodes. See video below. 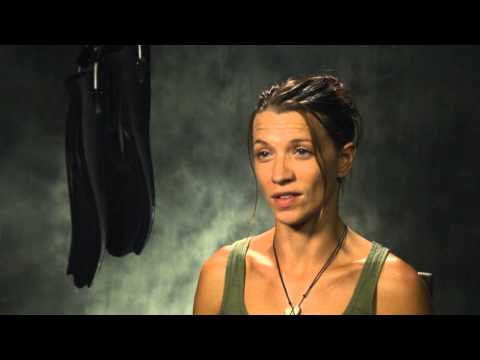 "We've worked in a number of countries now targeting illegal fishing by foreign vessels, but the real work in open waters has been limited because we lacked our own long-range vessel," Bethune told Gizmag. "This new vessel will be used in blue water patrols, mostly assisting local units to catch poachers."

In years past, Bethune captained the first Earthrace boat, which set a record for circumnavigating the globe using only renewable fuels. But that boat, renamed Andy Gil in 2009, was destroyed in 2010 after it collided with a Japanese whaling ship.

Thanks to the Kickstarter funds, Bethune now has the money to commission LOMOcean Design to draw up plans for the new vessel.

General specs for the tri-hull wavepiercer have been itemized. The boat will be 195-feet long, have a range of 10,000 nautical miles sailing at a speed of 12 knots, but have a top speed of 20 to 25 knots when in hot pursuit. And like the previous boat, the Andy Gil, Earthrace-2 will run on renewable fuel and sport a Skysail Kite System for auxiliary power.

Although time is quickly running out, those interested in donating can contribute with as little $8. For that, you get your name on the boat. Larger donations make it possible to board the Earthrace-2 when its in port and even sail with the crew members.