The experiment, which arrives at the ISS on Saturday, will test a technique to reproduce and analyze telomeres, the DNA-protecting tips of chromosomes.

Among a set of experiments due to reach the International Space Station is a high school student’s science project looking at how the protective tips on chromosomes are impacted by microgravity.

The experiment is among the 7,600 pounds of cargo aboard the Orbital ATK Cygnus freighter that blasted off from Cape Canaveral Air Force Station in Florida on Tuesday. The Cygnus is due to reach the station, an orbiting research laboratory that flies about 250 miles above Earth, on Saturday.

The tips being studied, called telomeres, are made of DNA and protein. They are found at the ends of every chromosome, which contain the genetic instructions for cells. Telomeres are similar to the small plastic tubes, or aglets, on shoelaces that keep the fabric from fraying.

On Earth, humans’ telomeres naturally shorten due to aging, but other factors such as stress can also affect their length. Shortened telomeres have been linked to cardiovascular disease, some types of cancers, insulin resistance, and poor immune function. 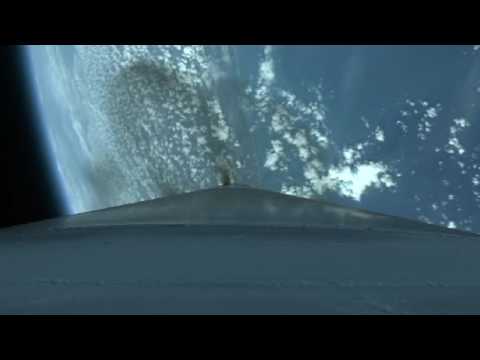 In space, scientists suspect the length of an astronaut’s telomeres is impacted by all kinds of stresses, including microgravity, nutritional issues, poor sleep quality, and the high radiation environment.

But strangely, a study last year comparing telomeres of identical twin astronauts Scott Kelly and Mark Kelly preliminarily showed that Scott’s telomeres had actually lengthened after his nearly year-long stay in space compared to his brother’s. Mark Kelly served as a test subject on the ground during Scott’s flight.

The results were “completely unexpected,” said space station associate scientist Tara Ruttley, with NASA’s Johnson Space Center in Houston. “The researchers are kind of scratching their heads at that.”

Scott Kelly and Russian crewmate Mikhail Kornienko spent 340 days in space between March 2015 and March 2016. Ruttley said that after Kelly re-adapted to Earth, his telomeres returned to normal length.

The new study, part of NASA’s Genes in Space high school science outreach program, will test a technique to reproduce and analyze telomeres in space.

“The holy grail for this sort of thing is a platform where we can do these kinds of investigations on the space station in real time in orbit without having to send stuff back and forth,” said Julian Rubinfien, a junior at New York’s Stuyvesant High School, whose experiment was the 2016 winner of the Genes in Space competition.

Initially, the experiment will test a technique to reproduce, or amplify, repetitive telomere sequences. The samples will be returned to Earth for analysis. Ultimately, scientists would like to amplify and then analyze telomeres on the station using a portable DNA sequencer that flew for the first time last year.

Insight into what is happening on a molecular level to the telomeres will not only help scientists better prepare astronauts for multi-year missions to Mars, Ruttley noted, but also shed light on the aging process and diseases that naturally occur on Earth.

WATCH: Space Is Trying to Kill Us — How Astronauts Survive