The space agency is preparing to test the use of pulsars as navigational beacons, which it hopes will enable a sustained human presence throughout the solar system. 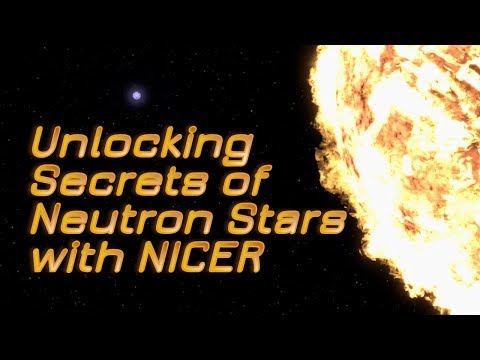 We’ve found more than 1,800 pulsars today, which are the leftover cores of older stars that underwent supernova or stellar explosions. As they rotate, the pulsars send out signals at a highly precise rate. Their signals can come out in a range of wavelengths — anything from radio to X-ray to gamma ray.

Pulsar rotation rates are so precise, NASA says, that they are similar in accuracy to the atomic clocks used inside GPS satellites to help us navigate on Earth. So just like a lighthouse, pulsars are beacons that can help astronauts find their way in the universe. The concept of X-ray navigation, according to NASA, will potentially “enable sustained human presence throughout the solar system, as well as enhance and enable science in the outer solar system and beyond.”

But first we need to test pulsar navigation, which will require two ingredients installed on the International Space Station. The first is an instrument called the Neutron Star Interior Composition Explorer (NICER), which launches on the SpaceX mission. While not all neutron stars rotate rapidly (as pulsars do), pulsars and other types of neutron stars are all incredibly dense. Scientists aren’t sure how matter behaves inside this environment, and NICER will help them investigate.

The second ingredient is the SEXTANT software on NICER, which can measure changes in the arrival time of these pulsar emissions as the ISS orbits. The goal is to see if SEXTANT’s measurements of the space station’s orbit mirror the actual orbit of the space station. If they match, the navigational concept could work in deep space.

“With the NICER-SEXTANT mission, we have an excellent opportunity to use the International Space Station to demonstrate technology that will lead us into the outer solar system and beyond, and tell us about some of the most exciting objects in the sky,” said Keith Gendreau, the principal investigator for NICER at NASA’s Goddard Space Flight Center in Maryland, in a NASA statement this week.

NASA is hoping to send astronauts to the Mars in the 2030s, and recently announced a small space station at the moon as a stepping stone for that ambition. This “deep space gateway,” as NASA calls it, would include “a power bus, a small habitat to extend crew time, docking capability, an airlock, and... logistics modules to enable research,” the agency announced earlier this year.

This space station would be the first phase of the gateway, while the second phase would involve a reusable deep-space transport spacecraft that could carry crews out to Mars. While we don’t know what kind of navigation this future Martian spacecraft would use, it’s possible that pulsars could help chart the way — depending on how well these NICER-SEXTANT tests go.