European and American space agencies worked with the tech company to capture the experience of floating through the station’s labs and peering out of its Earth-facing Cupola window.

Aspiring astronauts can now pretend to float on the International Space Station (ISS), thanks to Google. The company worked with astronauts on the orbiting complex to provide a Google Street View of the space station, from its science labs to its beautiful Earth-facing Cupola window.

Thomas Pesquet, a European Space Agency astronaut who helped collect the images earlier this year, said in a blog post that the experience of capturing the tour "describes the feeling of being in space" better than words or a picture can. But there were limitations to collecting the data. For one, astronauts float in space, so the imagery of the ISS couldn't be captured the same way as other Google Street View locations.

NASA's Johnson Space Center in Houston and Marshall Space Flight Center in Alabama worked with Google to create a "gravity-free method of collecting the imagery," Pesquet said in the blog post. These methods included using DSLR cameras and other equipment already available at the space station. An extended video provides an additional look at how the view came together. (Pesquet didn't specify the other equipment in the blog post.) [The International Space Station: Inside and Out (Infographic)] 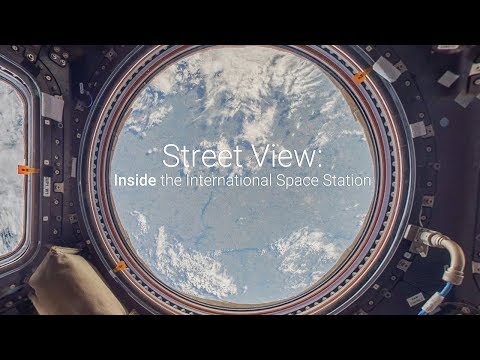 "I collected still photos in space, that were sent down to Earth where they were stitched together to create panoramic 360 degree imagery of the ISS," Pesquet wrote.

"We did a lot of troubleshooting before collecting the final imagery that you see today in Street View," he added.

"The ISS has technical equipment on all surfaces, with lots of cables and a complicated layout with modules shooting off in all directions — left, right, up, down," Pesquet wrote. "And it's a busy place, with six crew members [at the time] carrying out research and maintenance activities 12 hours a day. There are a lot of obstacles up there, and we had limited time to capture the imagery, so we had to be confident that our approach would work." 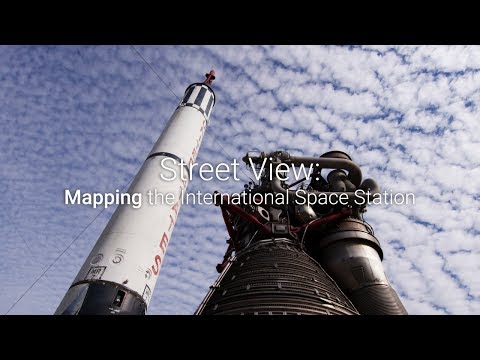 The tour is the first Google Street View captured in space, and it features annotations that pop up to explain additional information about each module, such as how astronauts stay physically fit or the kinds of food they eat.

You can read the entire blog post here: https://www.blog.google/products/maps/welcome-outer-space-view/ and take a virtual tour of the International Space Station here in Google Street View: https://www.google.com/streetview/#international-space-station/

The ISS has been occupied continuously since November 2000. It generally houses three to six crewmembers, who split their days between science and maintenance activities. Crewmembers currently "commute" to space on the Russian Soyuz spacecraft, but within the next few years, commercial spacecraft from SpaceX and Boeing will ferry astronauts from US soil for the first time since the space shuttle's retirement in 2011.