The total solar eclipse that will span the US on Aug. 21 will give scientists a clear look at the solar corona, an atmospheric halo of plasma that is 200 times hotter than the sun's surface.

It is during totality — when the moon completely blocks the sun — that the sun’s true relationship with Earth is revealed to the naked eye: We live in the star’s outer atmosphere, or corona, a Latin word for “crown.” This glimmering halo extends for millions of miles into space, but most of the time its pearly light is overwhelmed by the bright yellow glare of the sun’s surface.

On Aug. 21, tens of millions of Americans and visitors will be in the path of a total solar eclipse that will race coast-to-coast across the country from Oregon to South Carolina, the first to cross the continent in almost 100 years.

This time around, scientists plan to use the eclipse to help solve one of the sun's most perplexing mysteries — namely, why the corona is millions of degrees hotter than its 10,000-degree Fahrenheit surface.

“Common sense says if you move away from a source of a fire then the temperature is going to go down,” NASA astrophysicist Lika Guhathakurta told Seeker. “This is completely opposite of that.”

The question is far from academic. The sun’s outer atmosphere regularly peppers Earth with high-energy particles and magnetic storms that impact satellites, power grids, and other electronic systems of our increasingly technological civilization. The solar storms appeal to our aesthetics as well, causing curtains of green light known as auroras to flash over Earth’s polar regions. 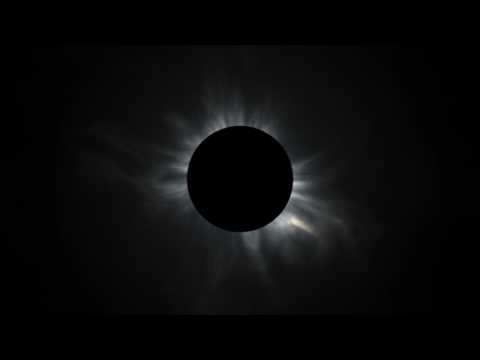 “We are learning about the sun’s influence on the Earth, which we now call space weather,” astronomer Jay Pasachoff with Williams College in Massachusetts remarked this week. “Eruptions on the sun can zap and kill satellites in Earth orbit and even cause surges on power lines and blackouts. We want to understand how to predict and monitor solar eruptions that affect us on Earth, and observations during our rare opportunities at total solar eclipses contribute to these goals.”

The corona is held in place by the sun’s magnetic field, which so far has defied physicists’ attempts to model. Scientists suspect that the extraordinary heating is due to oscillating loops of gas low in the corona or billions of so-called “nano-flares” that may be constantly shooting off the sun’s surface.

RELATED: The Great American Solar Eclipse: Here’s Everything You Need to Know

“There are people on Earth trying to use using magnetic fields to try to hold hot gas in place to make fusion for energy on Earth, and the magnetic field turns inside out in a fraction of second when we do it on the Earth,” Pasachoff explained during a recent SETI Institute podcast. “We’re hoping to learn and improve the laws that govern how a magnetic field holds hot gases in space.”

During the eclipse, scientists will be in position across the country and in the air to capture images and collect data about the corona that is simply not possible to get with currently available instruments on satellites. Several spacecraft and Earth-based telescopes are outfitted with devices known as “coronagraphs” to create an artificial eclipse by blocking the sun’s bright light, but these pale in comparison to the occultation of the sun by the moon.

That’s because the moon is roughly 400 times smaller than the sun, but it also happens to be 400 times closer to Earth, so from the perspective of Earth the moon is perfectly sized to completely block the sun.

"The moon is about as perfect an occulter as one can get," said Carrie Black, a program director with the National Science Foundation’s Division of Atmospheric and Geospace Sciences.

WATCH: How Explosions on the Sun Affect Space Weather

Artificial coronagraphs in telescopes block not only the sun’s bright light but also the innermost section of the corona to minimize risk of damaging or oversaturating imagers and spectrographs.

“Some people mistakenly think that we can see the corona as well from space as we can from the ground, but the whole region that we see at an eclipse so well and in such detail in ordinary light is not visible from any spacecraft,” said Pasachoff, who has trekked across the planet to experience 65 previous total solar eclipses.

“The so-called coronagraphs that are aloft hide more than the first inner radius of the sun, leaving a whole region that’s just for us to study during an eclipse,” he added. “So only every 18 months or so somewhere in the world can we get a complete picture of the sun, as it is on that day.”

RELATED: Here’s What the Sun’s Corona Will Look Like During the Total Eclipse

Pasachoff plans to be in Salem, Oregon leading one of the biggest organized science projects to observe the eclipse, with 25 family members, eight students, 60 colleagues, astronomers, and tourists, and dozens of telescopes and instruments to study the corona.

His work is among dozens of such science investigations taking place across the country, including a citizen science effort backed by the National Science Foundation, NASA, and other organizations to photograph the corona using 60 identical telescopes stationed at regular intervals along the so-called “path of totality,” the 70-mile wide lunar shadow that will race across the country in 90 minutes during the Aug. 21 eclipse.

The aim of the Citizen Continental America Telescopic Eclipse project, or Citizen CATE, is to produce a 90-minute movie of the mysterious lowest layers of corona.

“At any one site you can only see the corona during totality for maybe two minutes,” said lead scientist Matthew Penn, a Tucson, Arizona-based astronomer with the National Solar Observatory. “What we’d like to do is to study the corona for a much longer period of time, and by stringing together a network of sites and merging that data, we’ll be able to make a movie 90 minutes long showing the corona.”

RELATED: Total Solar Eclipse Could Prove the Sun Is Bigger Than We Think

Other scientists will be aboard National Science Foundation and NASA aircraft to look at the corona in infrared and other light without having to contend with obscuring clouds or atmospheric distortions. And next year, NASA plans to launch the first spacecraft that will directly sample the sun’s corona.

The recently named Parker Solar Probe (formerly known as Solar Probe Plus) will measure plasma, electrons, protons and ions and determine their velocities, densities and magnetic fields. The information not only should help physics unravel the inner workings of the sun’s corona, but illuminate the power source for the solar wind, which is a continuous stream of high-energy particles that have enough speed to escape the sun’s immense gravitational pull.

But science is not the only, or even the main, reason to look at the sun during the eclipse. During totality it is perfectly safe — and highly advisable — to shed your protective safety glasses, which are needed during even a 99 percent partial eclipse, and see the corona.

“We actually live in the outer atmosphere of this star and we are seeing that with our unaided eyes,” said NASA’s Guhathakurta. “It’s our connection to not only our parent star but to the cosmos, our universe in a big picture way.”