Microscopic particles from space have been collecting in the gutters of Paris, Oslo and Berlin, revealing incredible insights to the mysteries of our solar system.

Through dogged determination, Jon Larsen has become driven to find space particles, which date back to when our sun was a baby, in the urban sediment that collects in the guttering of building rooftops. And, after he convinced a British planetary scientist to study his findings, years of work have finally paid off.

In 2011, Larsen reached out to Matthew Genge, of Imperial College London, with his plan to find dust particles in this seemingly unlikely place. Though distinguishing space particles from the zoo of man-made dust particles in a city environment was considered too difficult, the hurdle didn't deter Larsen.

"It was an amateur scientist, a chap called Jon Larsen who's actually quite a well-known jazz musician in Norway, who got interested in this and started collecting all the debris that ends up in the gutter," Genge told Seeker. After going through the debris found in the roof guttering from buildings in Oslo, Paris and Berlin, Larsen would send photos of interesting particles he'd find to Genge and, despite his pessimism that Larsen would ever uncover this unlikely quarry, he eventually struck gold.

Now, with Genge's assistance, the pair have identified hundreds of particles that fell from space and have origins dating back to the birth of the solar system. Larsen documents his micrometeorite discoveries as part of Project Stardust.

"Imagine somebody who has been sending you pictures every other week of something, and every time you look at them, you're like 'no, no, no, that's not it' and then after 5 years they send you a picture and it actually is the thing that you're looking for... that was the moment I went 'oh, my God! I should pay more attention to this guy!'" Genge added.

"He's put in so much work. He went through 300 kilograms [660 lb] of sediment from gutters. That's pretty incredible."

As described in research published in the journal Geology, the duo identified 500 particles of dust that originate from asteroids and comets. But finding these cosmic artifacts in the dirt was just the beginning; their research has revealed some profound science about the space dust that is falling onto our heads right at this moment and could add another layer to our understanding about the building blocks of planets. 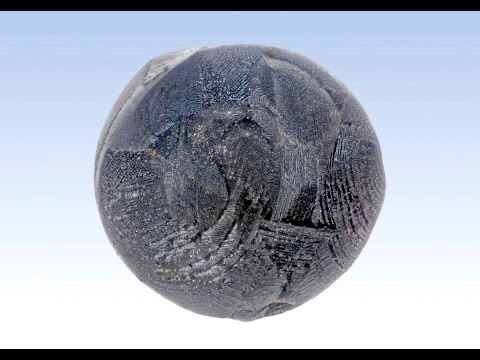 Our solar system is filled with dust from collisions between asteroids and venting from comets. The most visible sign of this dust encountering Earth are the meteor showers that light up the upper atmosphere as Earth orbits though one of the many dusty trails left behind these interplanetary vagabonds. However, the tiny particles that rain through the atmosphere as "shooting stars" burn up completely, leaving only a bright flash in their wake. Their journey comes to an abrupt end as a blaze of super-heated glory.

"These particles [in gutter sediment] are almost definitely not coming from meteor showers as that dust comes in too fast - it comes in at maybe 30 kilometers per second [67,000 miles per hour] - and it completely evaporates in the Earth's atmosphere," said Genges.

The gutter particles are thought to enter the atmosphere at a speed of around 12 kilometers per second (27,000 miles per hour) where atmospheric heating does inevitably heat up the particles, but the dust survives the fall. Judging by their size of around 0.3 millimeters, these are likely the fastest dust particles to survive the hot atmospheric entry, noted Genges. Through analysis of the 500 specimens, the researchers found there to be a mix of particles that originate from asteroids and others that originate from comets.

"We have found dust particles that we think come from comets and they are subtly different from those that come from asteroids ... they are carbon rich. Whereas the ones from asteroids look similar to the material from meteorites, that are also from asteroids," he added.

Separating the cosmic particles from plain old gutter dirt is no easy task, but the researchers used an important trait found in these space particles to their advantage - they contain minerals that make them magnetic. So, by magnetically separating the dirt under the microscope, these particles could be found.

"These [particles] are very similar to the cosmic dust from deep sea sediments," said Genges. "The main difference is that these are very young. Because they've been largely collected from roofs on commercial buildings, those buildings have their gutters cleaned at least every 3-5 years, so we know these [particles] have landed on Earth at least in the last 5 years. Whereas the particles found on the seabed are up to 50,000 years old. These are a sample of what's landing on Earth, practically today."

As this dust has fallen to Earth within the last 5 years, the researchers could even deduce how the solar system dust falling on Earth has changed over the last million years. The dust found in city gutters contains fewer crystals than the dust that has been found in million-year-old ice Antarctica, for example, but the particles are remarkably similar to cosmic dust that fell onto Earth in medieval times.

According to an Imperial College London press release, the researchers think that the changes in dust particle structure could be down to very small orbital changes in the solar system's planets over millions of years. The slight gravitational disturbances likely change the trajectory of the interplanetary dust, causing it to hit the Earth's atmosphere at different speeds and angles. These slight changes can therefore influence how much heating is caused by atmospheric entry which, in turn, influences the size of the particles that make it to the ground and influence the shape of the crystals inside the microscopic grains.

In short, these tiny cosmic grains of dust hold an incredible amount of information about the state of the planets' orbits when they hit Earth, but they are also the very tiny fossilized remains of our solar system, emerging directly from the material in the nebula that went on to form our sun and the planets.

"The actual materials of comets and asteroids have a very long history; they date back to the birth of our solar system four and a half billion years ago," said Genges.

When Oscar Wilde composed his famous quote, "we are all in the gutter, but some of us are looking at the stars," little did he know that, one day, a Norwegian amateur scientist would be looking for star dust in the gutter.

WATCH VIDEO: What Are Meteoroids?