Some Viking Left His Toolbox at a Danish Fortress 1,000 Years Ago

The set of iron hand tools may have been used to make Viking ships and houses.

A Viking toolbox found in Denmark has been opened for the first time in 1,000 years, revealing an extraordinary set of iron hand tools that may have been used to make Viking ships and houses, according to archaeologists.

The tools were found this summer at a mysterious, ring-shaped fortress at Borgring, on the island of Zealand. The famed 10th-century Danish king Harald Bluetooth is thought to have ordered the construction of the fortress.

So far, archaeologists have found at least 14 iron tools inside a single deposit of earth excavated from a gatehouse building of the fortress. The researchers said only traces remain of the wooden chest that once held the tools. [See Photos of the Viking Tools Found at the Danish Fortress]

Iron was valuable in Viking-age Denmark, and the researchers think the tools once belonged to a craftsman who occupied a workroom in the gatehouse until it collapsed in the late 10th century.

The archaeologists are still studying the heavily rusted objects, but they've already identified several sophisticated hand tools and other metal items, including a set of "spoon drills" that were used to make holes in timber; what looks like a pair of tweezers or small pliers; a "clink nail" used to fasten wooden planks together; four carefully crafted chain links attached to an iron ring; and a drawplate to make metal wires that may have been used in jewelry.

Archaeologist Nanna Holm, a curator at the Danish Castle Center in Vordingborg who is leading the excavations of the ringed-shaped fort at Borgring, said this is the first time an entire set of tools has been discovered in a Viking workplace.

"This is not an ordinary find," Holm told Live Science. "Not many tools are found in Scandinavia, but the others found before this have all been left for the gods, by being put down in a swamp."

The newfound tools are special because they were found where the craftsman would have been working, she said. "That's why it's so exciting for us to see what's inside, because we can see what one man has used at this specific site," Holm added.

The cache of iron tools was first located by amateur archaeologists using a metal detector near the eastern gate of the buried fortress at Borgring.

That discovery inspired Holm's archaeological team in August to excavate the eastern gatehouse, where they removed the deposit of earth containing all the tools in one piece - a delicate process that took two days.

The next step was to transport the lump of earth, rust and iron to a local hospital, where it was scanned with computed tomography (CT) equipment usually used by doctors to examine the internal organs of their patients. [Photos: 10th-Century Viking Tomb Unearthed in Denmark]

The CT scans revealed the precise arrangement of at least 14 iron tools, which have since been excavated from the toolbox deposit for individual X-ray studies and preservation before they are put on display in an exhibition next year, Holm said.

All of the tools are heavily corroded, but much of the original iron remains, and even more tools may be hidden in the rust, according to the researchers. "There are a minimum of 14 tools, but I think there are 16 now, from the new X-rays that we've already done," Holm said.

The contents of the toolbox provide a rare glimpse of working life in the late Viking age, she said.

The iron drawplate has a series of small holes of different sizes that were used to make wires from softer metals, the researchers said. "You pulled the metal through each of the holes to make it smaller and smaller, and thinner and thinner," she explained.

The toolbox is an important early find for the archaeologists, who will conduct further excavations at Borgring each summer for the next three years, Holm said. [Fierce Fighters: 7 Secrets of Viking Culture]

The remains of houses and human graves have been found at other Viking ring forts, but the toolbox is the first direct evidence of human habitation at Borgring itself, she added.

"So far, we haven't found any houses, but we now have proof that there were people here - so hopefully, next year, we will find their houses," Holm said.

Archaeologists think the ringed-shaped fort at Borgring and four others like it were built by the Danish king Harald Bluetooth around A.D. 980, as military outposts to enforce his rule as he introduced Christianity into Denmark and parts of Sweden and Norway.

The origin of the king's curious surname is uncertain, but his success in uniting the unruly Viking clans into a single kingdom inspired the name of today's Bluetooth wireless technology, according to the Bluetooth Special Interest Group (SIG), which oversees development of the technology.

Borgring has appeared on maps since the 1600s, but Holm said the site was only recently recognized as one of Bluetooth's network of Viking ring forts.

"This is the first ring fort in 60 years that we'll be studying with all the new archeological methods, and today we can do so much more with science," she said. "It's pretty different work compared to what else we've done in Denmark, so this is something special. Hopefully, we will get a little bit closer to finding out what actually happened here and what the forts have been used for." 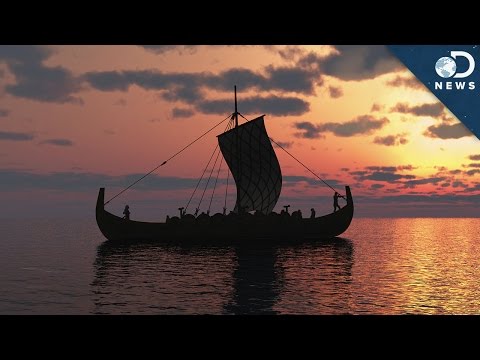