A video posted on Facebook by a Mexican shark researcher shows him high-fiving a massive great white shark, likely the biggest ever caught on film.

The researcher took part in a 2012 "Shark Week" filming in Mexico, during which the hugely pregnant old shark, nicknamed Deep Blue, swam up to the film crew's boat. His footage was from that trip, but didn't make it into the "Shark Week" program.

The "Shark Week" segment below shows the 25-foot-long female approaching the boat, which is about the same size as the fish. It seems like the shark might upend the boat, but it circles it a few times before the researchers eventually embed a tag in its back. 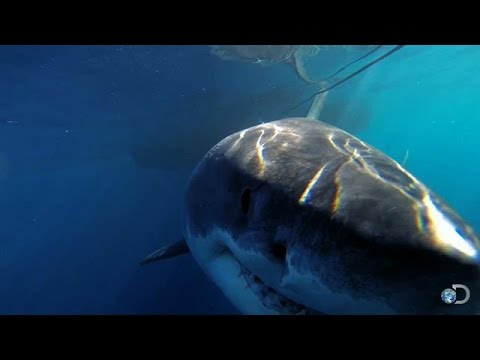 The Discovery video says that the great white is not only the largest ever caught on film, but also that it could be 50 years old.

"Deep Blue," hugely pregnant, swims away from the Discovery boat after being tagged.