Conditions on Saturn's largest moon could make Titan the best place in our solar system for us to test ideas about the diversity of life in space.

Next month, NASA's Cassini spacecraft will make its 126th and final pass around Saturn's large moon Titan, leaving scientists with a rich picture of a geologically active world with liquid hydrocarbon lakes, complex atmospheric chemistry, and likely even a salty ocean buried beneath its icy crust.

But their biggest question will be left unanswered, for now: Does Titan, which resembles a primordial Earth, have life?

"The combination of organics and liquid, in the form of water in a subsurface ocean and methane/ethane in the surface lakes and seas, means that Titan may be the ideal place in the solar system to test ideas about habitability, prebiotic chemistry, and the ubiquity and diversity of life in the universe," wrote Sarah Hörst, a planetary science with Johns Hopkins University in Baltimore, in a paper to be published in a upcoming edition of the Journal of Geophysical Research.

Titan, which is about the size of Mercury, is the only other body in the solar system besides Earth that has a thick atmosphere and stable pools of liquids on its surface.

But instead of water, Titan's lakes, fed by hydrocarbon rains, are filled with liquid methane and ethane - organic molecules that could be building blocks for life.

Titan, which is the largest of Saturn's 53 named moons, contains all the basic elements of life - carbon, hydrogen, nitrogen, oxygen, phosphorus, sulfur - and more hydrocarbon reserves than on Earth. Scientists consider the moon's ever-present haze to be an analog for the prebiotic organic chemical environment of early Earth, as noted in a 2015 NASA Astrobiology Strategy report. 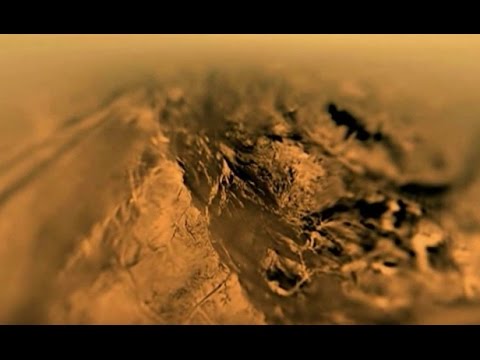 "Titan gives us the opportunity to search for signatures of life in multiple types of systems - familiar water-based life, but also a biological system that may have developed with hydrocarbon as a solvent," said Elizabeth Turtle, a planetary scientist with the John Hopkins University Applied Physics Laboratory in Laurel, Maryland.

"The Titan example is fantastic because you have a sedimentary process like a terrestrial planet, but it's ice involved," she said. "It's organic in nature, but it is not necessarily biogenic."

Discoveries by Cassini and its now-defunct companion probe Huygens have prompted scientists to put Titan on a growing list of planets and moons in the solar system that could support life.

Most of NASA's attention has focused on Mars, but the U.S. space agency has begun working on a life-detection mission to Jupiter's ocean-bearing moon Europa.

"The distribution of watery worlds in our solar system and beyond challenges our limited understanding of life's emergence on Earth and encourages us to think about the environmental conditions amenable to life," the Astrobiology Strategy report said.

"What we're trying to do with the exploration of Europa and the ocean worlds is nothing short of revolutionizing science, revolutionizing our understanding of whether or not biology works beyond Earth," added astrobiologist Kevin Hand, with NASA's Jet Propulsion Laboratory in Pasadena, Calif.

"We know that physics, chemistry and geology all work beyond Earth," he said. "But when it comes to that fourth fundamental science we have yet to make that leap."

WATCH: Can a Moon Be Older Than Its Planet?