Ladies, next time you want to impress a crowd in the middle of the dance floor, make sure to swing your hips and move your arms and legs independently of each other - that's what new research says anyway.

Researchers at Northumbria University in the U.K. have identified the components that make an appealing female dancer: hip swing and asymmetrical thigh and arm movements.

"Hip swing is a very feminine trait [and] seems to be very important when judging female gait," Nick Neave, associate professor of psychology at Northumbria University and lead study author, told Seeker. "By swinging your hips more you are displaying your femininity."

Neave added that asymmetrical arm movements are also a sign of a good dancer because they demonstrate certain skills to the viewer.

"If you can move your limbs independently, slightly out of phase and with different gestures and flourishes, then you are showing of a high level of motor control and also perhaps flair, intelligence and creativity," he said.

In order to draw these conclusions, Neave and his team recorded 39 women dancing to a drum beat and then rendered those images as avatars so that no distinguishing features were discernible. They asked 57 men and 143 women to rate the dancing ability of the avatars based on the video, and compared the ratings to measurements of the dancers' moves.

Example of a "good" dancer: 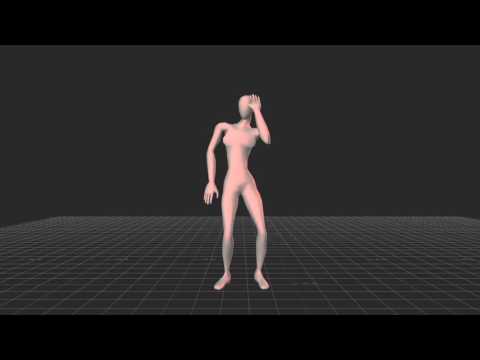 The researchers found that men and women tended to agree about which movements made someone a good dancer, but they were attracted to different parts of the dancer's body.

RELATED: Weird Things Your Body Does When You're Around Your Crush

Example of a "bad" dancer: 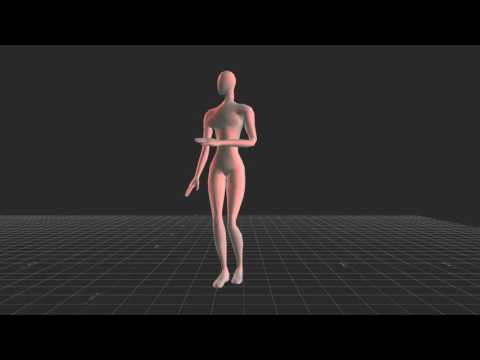 The results are just the beginning of Neave's research into what we can understand by watching movements of the physical body.

"The scientific understanding of how human body movements relate to things like attractiveness, health, reproductive status and pathology are in their infancy," he noted, adding that he plans to use this methodology to ask more challenging questions down the line.

"Can you detect mental illness or neurodegenerative diseases before someone shows the symptoms?" Neave wondered. "Can you detect a threat in the way someone moves?"

The next phase of his team's research will reexamine the movements of women, but this time the goal will be to gain knowledge about female health and fertility.

"We hypothesize that females in the most fertile phase of their menstrual cycle (high estrogen levels) will show greater hip swing and be rated as walking/dancing more 'sexily,'" Neave said.

The team won't be confining their attention to women, however. They also plan to study the movement of men while exploring "possible links between level of threat, aggression and danger in male walks."