We're not talking about the kind getting banned on planes.

It might not look exactly like the one Michael J. Fox rode in "Back To The Future II," but the photo above is the second model of the world's first real hoverboard.

It's not like the boards that have been getting banned on airplanes (the ones that look like a Segway without handle bars); these Hoverboards, made by Arx Pax in Los Gatos, CA, actually do hover off the ground.

Arx Pax makes the boards to use for fun, but also transportation purposes -- quickly moving around factories, for instance. They're currently looking to use their technology in ventures like Elon Musk's Hyperloop and other ways to efficiently move people from one place to another. 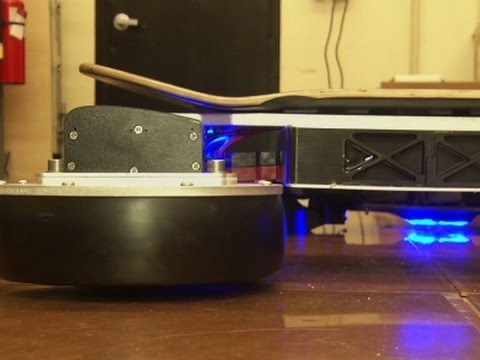 Watch More: How Does This Hoverboard Work?