'Pumpkin Stars' Are All You Need for a Stellar Halloween

These fast-spinning, oval stars are getting into the Halloween spirit.

Just in time for Halloween, astronomers have announced the discovery of huge stars that spin so fast they start to resemble awesome stellar pumpkins. And these "pumpkin stars" are incredible X-ray generators, producing radiation hundreds of times more powerful than our sun.

These stellar oddities were found in NASA's Kepler space telescope's field of view in the constellation Cygnus. For four years, the historic mission stared at a fixed point in our galaxy to watch the periodic transit events caused by the passing of exoplanets in front of their host stars. 150,000 stars were in Kepler's view and over 2,300 exoplanets have been confirmed to date.

But in an effort to understand the population of stars (and not just their exoplanets) in that small patch of sky, astronomers also trained the NASA Swift telescope in that direction to detect some powerful X-ray-generating stars. The most powerful X-ray star, called KSw 71, generates X-rays 4,000 times more powerful than our sun can produce at its peak and is over 10 times its size.

"A side benefit of the Kepler mission is that its initial field of view is now one of the best-studied parts of the sky," said astronomer Padi Boyd of NASA's Goddard Space Flight Center in Greenbelt, Md. "Our group was looking for variable X-ray sources with optical counterparts seen by Kepler, especially active galaxies, where a central black hole drives the emissions."

So, the researchers carried out the Kepler–Swift Active Galaxies and Stars Survey (KSwAGS), within the Kepler field of view. In the case of the X-ray stars, Kepler was able to help to derive their rotation rate, while Swift recorded the intensity of their X-ray emissions.

"These 18 stars rotate in just a few days on average, while the sun takes nearly a month," said Steve Howell, senior research scientist at NASA's Ames Research Center in Moffett Field, Calif., in a statement. "The rapid rotation amplifies the same kind of activity we see on the sun, such as sunspots and solar flares, and essentially sends it into overdrive." 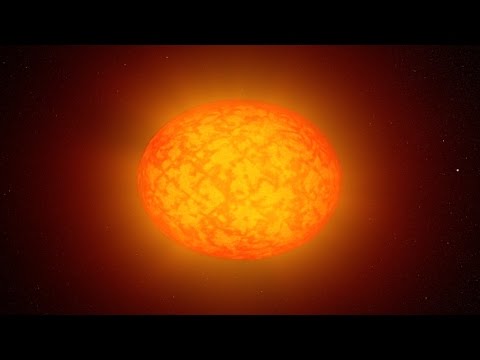 For example, KSw 71 spins at a rate of one rotation per 5.5 days. At this kind of rate, the star will become oblate, widening at its equator while the distance between its poles shorten. This incredible spin seems to cause all kinds of chaos within the star, boosting its energy output.

So what happened to this group of large stars that caused them to spin so fast? The leading hypothesis is that these stars used to belong to binary systems, where two stars orbit one another. As time went on, the distance between the pairs shrunk until they touched, sharing material. Eventually they merged as one big, rapidly spinning mass that looked very pumpkin-like.

To astronomers, these kinds of studies are a science goldmine to better understand the history and evolution to stars. But to the rest of us, the Pumpkin Stars living in our galaxy is just the universe's way of saying...