While camping out under some of the darkest skies in the U.S., photographer Gavin Heffernan captured the beautiful ionization trail of a Camelopardalid meteor. Continue reading → 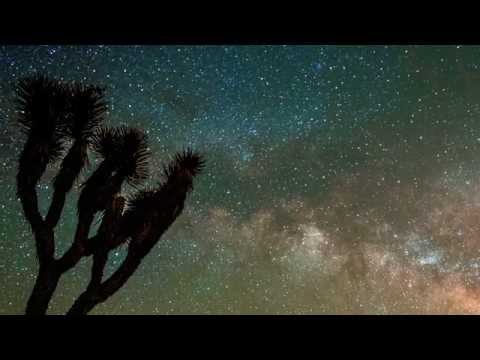 Although it proved to be a lackluster event, the ‘new' Camelopardalid meteor shower did produce a few impressive streaks of light through dark skies last weekend. And one photographer, who was located under one of the darkest skies in the U.S., managed to capture a stunning time-lapse video of the moment a Camelopardalid meteor ripped through our atmosphere, leaving a puff of vapor in its wake.

Gavin Heffernan was creating a timelapse video of the sky during the predicted peak of the Camelopardalids. From his vantage point from Joshua Tree National Park, Calif., he was hoping to spot a few of the ‘shooting stars' through his camera lens. With the famous silhouette of Yucca brevifolia completing the starry scene, Heffernan spotted a meteor. But this shot was a special one - he had recorded the ionization trail that persisted long after the meteor has completely vaporized.

As small grain-sized meteors blast through the atmosphere, they cause a rapid build-up of pressure as they barrel through atmospheric gases. This ‘ram pressure' ablates the surface of the meteor, rapidly heating it. As it is heated during that violent split second, the meteor will shine bright and generate an ionized trail that can sometimes be seen with the naked eye. The energized trail also reflects radio waves, allowing ground based radio receivers to ‘hear' pings as meteors hit the upper layers of the atmosphere.

NEWS: Dud or Delight? ‘New' Meteor Shower Could Hit Us May 24

The Camelopardalid meteor shower originates from dust generated by Comet 209P/LINEAR, which was discovered in 2004 by the Lincoln Near-Earth Asteroid Research project. Through modeling of the comet's orbital path around the sun, astronomers predicted that Earth was going to pass through a stream of particles it had never encountered before and hopes were high for a spectacular shower.

Alas, the shower didn't produce as many meteors as hoped, but meteors were produced nonetheless, including this beautiful example over clear Californian skies.

To see more of Heffernan's astrophotography, browse this outstanding Flickr collection of his adventures in Joshua Tree National Park.