Parrots Could Be Crime-Stoppers (Not Witnesses)

Bird experts say parrots are too complex to simply 'play back' a crime they may have witnessed.

Parrots have the potential to prevent crimes, including murder, but could not serve as a reliable witness in court should they see and hear such an event, bird experts say.

This means it is highly unlikely that African grey parrot "Bud," who supposedly witnessed the murder of his owner Martin Duram, could provide usable evidence in a trial.

RELATED: Parrots Make Their Own Vitamins 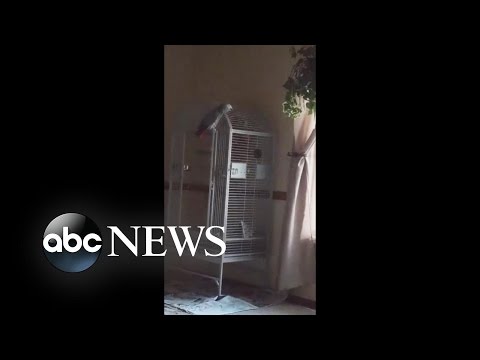 "It is not impossible, but very improbable that an African grey parrot would suddenly start saying a sentence that it has only heard once or a few times," Glenn Reynolds, U.S. Administrator of World Parrot Trust, told Discovery News, explaining that repetition can reinforce a bird's ability to learn new words and sounds.

"If anything, the parrot would likely later mimic the sound of the gun," added Reynolds, who has owned and bred various parrot species since 1979. "African greys tend to be very shy birds. A gunshot would understandably scare the living daylights out of one."

There is no evidence that a traumatic event could lead to a parrot repeating words or sounds heard in the heat of the moment, but parrots do appear to be very good at detecting human emotions.

"It's as though they have a sixth sense," Claudia Hunka said while parrots and other talking birds around her happily vocalized in the background. She has owned the store Your Basic Bird near the University of California at Berkeley for 35 years.

"Dogs smell and size someone up, but birds can read people in an instant," Hunka said.

Both she and Reynolds said that parrots can also learn the meaning of words by association. Hunka mentioned that one African grey says, "Night night," when its cage is closed and the lights are turned off. Another yells, "Hello!" whenever the phone rings. Yet another says, "OK, OK, OK," when something upsetting happens, mirroring its owner's habit of doing so.

RELATED: 10 Animals That Can Speak for Themselves

There is also little doubt that parrots are remarkable mimics. Reynolds said he has heard them vocalize so they sound just like a doorbell or tires burning rubber. As a teenager his family used to watch the Golf Channel -- and their parrots got into the habit of blurting out golf statistics when the TV was off.

He said that a well-known parrot named "Groucho" sings a variety of tunes, even in foreign languages.

Irene Pepperberg, an adjunct professor of psychology at Brandeis University and a lecturer at Harvard, told Discovery News that birds are not just mindless mimics. In fact, she said they can create their own words for objects by combining words and sounds that they already know.

One particularly smart bird, Alex, knew the words for bananas and cherries. When he was presented with a red apple, Pepperberg said he called it a "banerry." He could also count, but had trouble with the "v" in "seven," so he replaced it with an "s" sound. As Pepperberg explained, "Try saying that ('v') without lips." 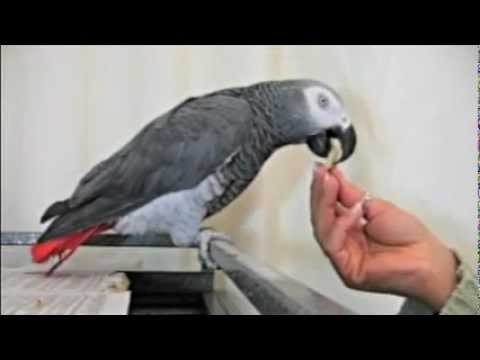 A bird like "Bud" is likely too intelligent to function in a way that a simple machine recording could in a murder trial. He might have heard, "Don't [expletive] shoot," on TV or someplace else, or possibly put separate words together.

The Michigan prosecutor involved in the Duram case, Robert Springstead, is reviewing the videotape of Bud and the family's claims, but said applying them to a court of law would be a "long shot."

While a parrot might not make a good witness, it could be trained to help prevent crime, Reynolds said. He explained that since talking parrots can associate words with events, they could potentially be taught to bark like a dog or yell out a warning upon becoming aware of a visual/auditory cue, such as a door or window being forced open.

"It would take someone with high skills in training, because of the multiple steps involved, but it could be done," Reynolds said.

Conversely, birds can also be taught a life of crime. Reynolds shared that a pied crow was trained to lift wallets out of bags, run, pull money out of the wallet, and then make a speedy getaway.

"We greatly underestimate the intelligence of not only African grey parrots, but also birds like pied crows in the corvid family and many others," he said.

WATCH: How Accurate Is Blood Analysis In Crime Shows?