Parkour for Beginners: 5 Moves You Can Master Quickly

Once you've seen the sweet moves of a Parkour adept cruising at high speed through the city, vaulting fences and tables at will and jumping from building to building, you might get a yearning to begin learning some Parkour moves yourself. Parkour is name given to the ninja-like method moving around obstacles with speed, efficiency, [...]

Once you've seen the sweet moves of a Parkour adept cruising at high speed through the city, vaulting fences and tables at will and jumping from building to building, you might get a yearning to begin learning some Parkour moves yourself.

Parkour is name given to the ninja-like method moving around obstacles with speed, efficiency, and a generally a good deal of grace. The good news is that the basics of Parkour are pretty basic – running, jumping up, jumping down, jumping over, etc. – but the trick is to be able to then do all of those things one after another, and keep upright and moving.

As with all new things, it helps to master the basics before attempting the more difficult stuff. With that in mind, here are four Parkour moves that beginners can master quickly.

Many of the harder Parkour moves have a jump integrated into them, so working on your jumping skills is paramount. You can begin by jumping from the ground to a higher level (a bench is a good height to start with) with both feet and landing lightly and in control of your body. Jump back down with both feet, and repeat. (Stairs are great for this as well, as you can always jump one step higher, but they might also be a bit more dangerous for a total noob.)

Now jump with one foot leading you, again landing lightly and in control. Switch the lead foot with every repetition so your jumping skills are balanced. If that's too easy, take a small running start and make the jump while moving. Once you've got the hang of it, pick a higher level and repeat with both feet, and then again with one foot leading. Find a series of objects nearby that can be jumped on and off while you're running, and do a series of runs through them, going slow enough that you are still in control, but fast enough to keep it fun.

Being able to jump right over an object without touching it or stopping is another key move in Parkour, and those same obstacles you jumped up on might also be great candidates for jumping over. When jumping over things, there are two aspects to it – jumping vertically to clear a tall object, and jumping horizontally to clear a large or long object – and many jumps will involve some of each. Take a small run up to an object and leap completely over it without slowing down or touching it, leading with one foot and lifting both legs to clear it, and continue running after landing.

More advanced Parkour moves include jumping over higher objects and landing with a roll, but just practicing landing confidently on your feet and being ready to continue your run is a great place to start, as landing properly is half of each jump. Once you've mastered some smaller objects, repeat with either a higher or a longer object to increase your skills, and set up a small course to run which includes both high jumps and long jumps. 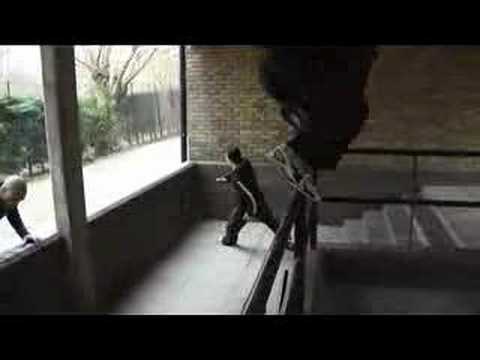 Being able to clear fences or walls or other obstacles with just a single touch of the hands is a pretty cool looking move, but it isn't as hard as it might seem. At the basic level, a vault involves making a leap with your body up and to one side (not straight over, as in the previous example), using your hands to direct and propel your body over the object. You'll pick up the hand on the side that the rest of your body is on (i.e., if your legs go over on the right side, pick up the right hand first and continue to propel yourself with the left hand.). Another similar vaulting move is the monkey vault, in which you go straight over the object, with your feet and rest of the body going between the hands as you cross it.

The cat leap involves jumping onto a wall or other vertical object (and usually over something) and landing with your hands on top of it and your feet against the wall in front of you. This move is generally followed by scrambling up and over the wall by using your arms to press up and your feet to "climb" the face of it.

To begin, find an object with a top you can grab onto and hang from, not sharp or covered with dirt or sand, and one which isn't too high (you'll want to land with your arms in the chin-up position, not hanging straight down). Standing a little ways away, jump with your hands slightly leading you, landing with your hands on top and your arms bent, and the bottom of your feet against the wall. Jump back down and repeat until you feel comfortable with the move, then increase the horizontal distance to jump as you get more confident. For additional challenge, press up to the top of the wall and stand up with each repetition. 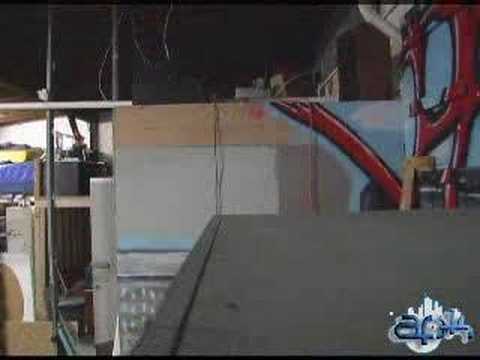 Remember swinging on the jungle gym as a kid? Swinging through, or an "underbar," is similar to that, except that you're not only moving while you jump to grab the bar, you're also jumping up and swinging through an opening with the rest of your body and landing on your feet.

To practice and gain the strength to properly execute it, begin by running up to a bar (playgrounds are awesome for that), jump for the bar with your hands, and swing your body underneath you, letting go of your hands to land away from the bar. Once you can catch the bar and swing under it confidently, mark out an area beyond the bar to land in, as if you're hitting a target, and as you jump, lift up your legs and curl your body, pretending that you're going through a smaller opening. This move has the potential for major blistering on your hands if they're not used to it, so take it easy at first or wear some light gloves (but not anything made from material which would cause your hands to slip). 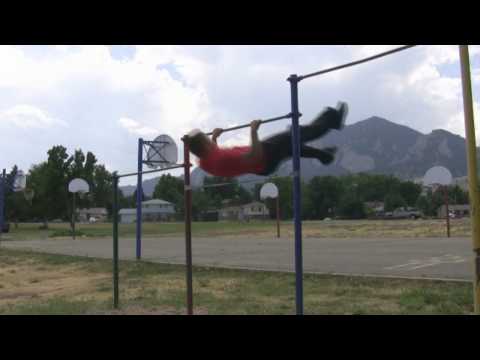 These five Parkour moves for beginners, along with some basic sprinting and strength training, will help to build a solid foundation for the more advanced moves. Practice them each alone, and then set up a small course in your backyard or local park, so you'll be able to practice them in a continuous manner, one after another, until you're confident enough to run at speed. You'll start seeing your urban environment in a whole new way – as a playground!

In the mean time, here's some Parkour inspiration: 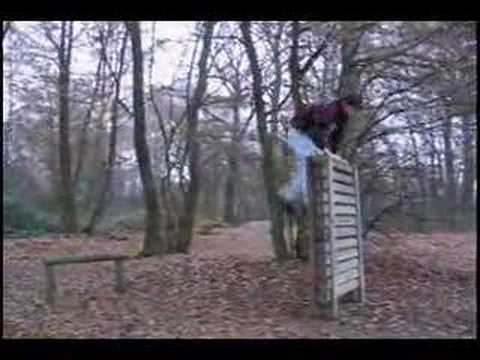 If these moves are too basic for you, please leave a comment with ideas for additional Parkour moves for beginners to practice.