Researchers in the U.K. announced this week that they've found a way to turn radioactive diamonds into miniature batteries that last 5,000 years.

At a prestigious annual lecture event in Europe earlier this week, a team of physicists and chemists from the University of Bristol unveiled a nuclear-powered diamond battery, which runs off the radioactive energy salvaged from nuclear waste. The technique represents an entirely new kind of electrical generation system, according to the research team, which could solve multiple problems regarding clean energy, long-lasting batteries and nuclear waste disposal.

The Bristol team has found a way to essentially scrape away the most radioactive parts of the graphite blocks - the parts containing carbon-14, a radioactive isotope of carbon. That leaves the remaining graphite block less radioactive, making disposal easier, safer and less expensive. The U.K. is currently storing almost 95,000 metric tonnes of graphite blocks in ground-level vaults.

Then it gets really interesting: After scraping the nuclear waste, technicians use the extracted carbon-14, in gas form, to make artificial diamonds, using existing techniques. The manmade diamonds have the same molecular structure as natural diamonds, although in this case they're radioactive.

The Bristol team has put out a helpful (and improbably cute) animated video detailing process. From the video: 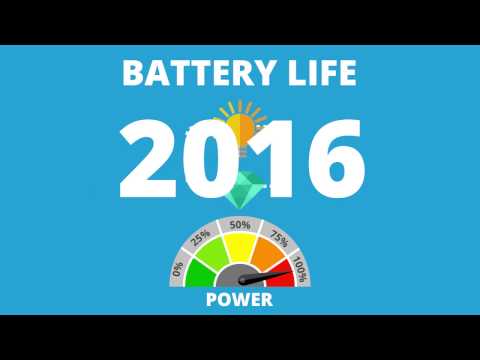 Of course, the batteries have a major drawback: they're still highly radioactive. No problem. The Bristol team has come up with a way to encase the radioactive diamond inside a larger inert diamond in such a way that energy is still generated, but the radioactivity is blocked. The newly encased diamond has less radioactivity than a banana, according to the video. Evidently, bananas are the standard metric for this sort of thing.

"There are no moving parts, no maintenance and no emissions, just direct electricity generation. And since diamond is the hardest substance known to man, no other material could easily offer any more protection to the radioactive carbon-14."

Now, to the caveats. The Bristol team's prototype diamond battery uses a radioactive isotope of nickel as the radiation source instead of carbon-14. But research data suggest carbon will work just as well, if not better, than the nickel, according to the Bristol team.

The main advantage of the diamond battery is longevity, said Bristol University representative Aliya Mughal in an email exchange. The diamond battery might only put out a fraction of the energy of a standard battery, but with a half-life of 5,730 years, it will put out millions upon millions of joules of energy over that time period.

"We envision these batteries to be used in situations where it is not feasible to charge or replace conventional batteries," said Bristol researcher Tom Scott, in press materials accompanying the announcement. "Obvious applications would be in low-power electrical devices where long life of the energy source is needed, such as pacemakers, satellites, high-altitude drones or even spacecraft."

The researchers are actively looking for other applications, too, and are asking the public to send any ideas via Twitter with the hashtag #diamondbattery.

WATCH VIDEO: The New Solution to Our Nuclear Waste Problem