He wasn't trying to invent a water gun when he came up with the technology.

Lonnie Johnson invented the Super Soaker in 1982, but that's not his only accomplishment. He invented the thermoelectric energy converter, worked on NASA's Galileo mission to Jupiter and he has over 100 patents in total.

When he came up with the idea for the Super Soaker he was actually trying to design a new heat pump that would use water instead of freon. He accidentally shot a stream of water across the room and thought it might be fun to take a break from all the high-tech science R&D and try to make a water gun instead.

These days, Lonnie's gotten back into the more high-tech projects and is currently working on creating a battery that will hold 3 times the energy of a lithium ion battery. 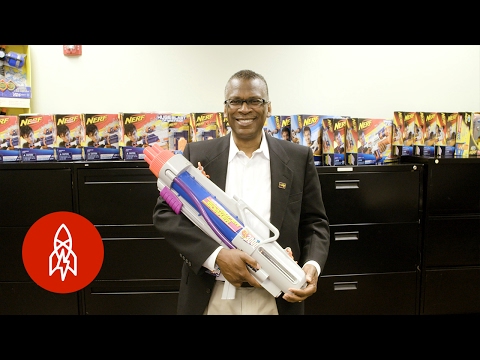