Relentlessly killed for their scales and meat, the shy animals are at last receiving a chance for survival.

Small, reclusive animals known as pangolins are the most trafficked mammals in the world, but they have just received a fighting chance thanks to new protections issued by CITES -- the United Nations Convention on International Trade in Endangered Species of Wild Fauna and Flora.

Members of CITES voted today to list all 8 species of pangolins in the convention's Appexdix I, which offers the highest level of protection.

"The world is standing up for the little guy with this pivotal decision for greater protection of the pangolin," Susan Lieberman, Wildlife Conservation Society vice president of international policy, said in a press release.

She added, "There have been longstanding pressures on the four Asian species of pangolins for both local use of meat and scales and for illegal international trade to meet demand in East Asia. As the Asian species have become depleted, traffickers have begun to target the four African species as well."

The shy mammals are often seen curled up in a ball like pill bugs, hoping to avoid problems. Their reclusiveness seems to be for good reason, as hunters have relentlessly killed them over the years for their scales, which go into folk remedies and other products, and their meat, which is considered to be a rare delicacy. 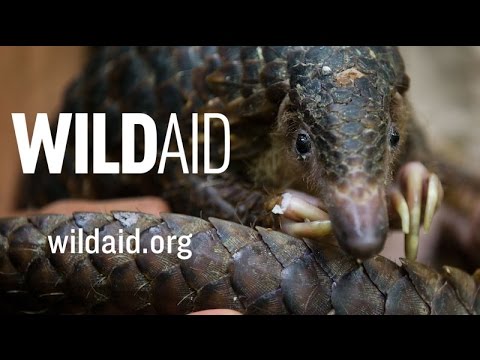 It is not as though the meat is even that tasty. Diners have variously described it as "stringy," "chewy" and "funky." As a result of pangolin hunting, particularly driven by consumer demand in Asian countries, the mammals are now threatened with extinction.

Peter Knights, CEO of WildAid, told Discovery News that African pangolins have been under threat too. Often Asia and Africa are linked via wildlife trafficking. For example, Knights says that in June of this year, nearly 13 tons of pangolin scales in two shipments from Africa were seized in Hong Kong, representing the biggest seizures to date.

"While we work to reduce consumer demand for pangolin products in Vietnam and China, an Appendix I uplisting will make enforcement more effective and conservation a global priority," Knights said just ahead of today's announcement.

RELATED: Rare Pangolins May Be Eaten to Extinction, Conservationists Warn

WildAid, the WCS and other conservation groups are celebrating today's victory for pangolins. While enforcement of CITES protections always poses incredible challenges, at least there will be strict safeguards in place for pangolins throughout their ranges.

As Lieberman said, "WCS greatly appreciates the initiative of the pangolin range states of India, Bangladesh, Nepal, Sri Lanka, Philippines, Vietnam, Angola, Botswana, Chad, Cote d'Ivoire, Gabon, Guinea, Kenya, Liberia, Nigeria, Senegal, South Africa, and Togo, joined by the United States, in submitting these critical proposals that were adopted today. Their leadership led to the world's governments today committing to protecting them, and we applaud them all."

The new protections will take effect 90 days after the end of the CITES Conference of the Parties 17, which is taking place in Johannesburg, South Africa.