Evidence suggests monkeys at the Brazil site have been using tools there to extract cashews for 700 years.

A monkey-operated cashew nut processing site, dating to at least 700 years ago, has just been discovered in Brazil.

The findings, outlined in the journal Current Biology, document the earliest evidence for tool use by monkeys outside of Africa. Humans might have even first learned about cashew nuts from the industrious little primates.

"One of the ways that modern hunter gatherers gain information about the landscape is to observe the behavior of other animals -- alarm calls by monkeys can signal a predator threat that also affects humans, for example," lead author Michael Haslam, a senior research fellow in primate archaeology at the University of Oxford, told Discovery News.

"It's speculative," he added, "but noisy and prominent cashew processing by capuchin monkeys was unlikely to have been missed by ancient Brazilians."

The following three videos show the capuchins at work: 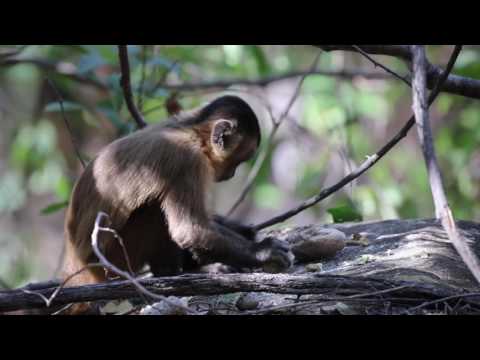 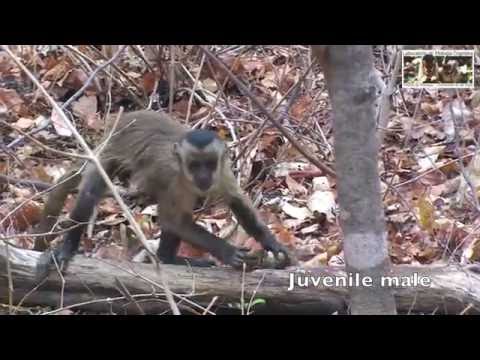 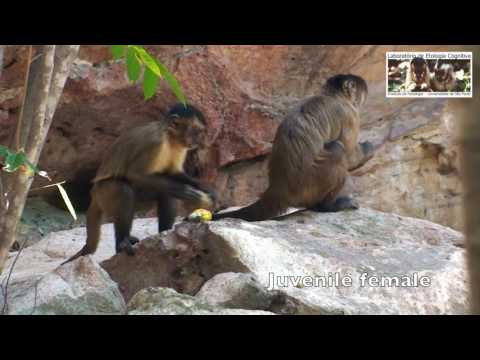 Haslam and his colleagues observed capuchin monkeys busily using stones as hand-held hammers and anvils to pound open cashew nuts, which are actually seeds within a hard fruit that grows on the brightly colored cashew apple. Pulp inside the apple is edible as well, but is hard to transport, explaining why the apples are not often found outside of Latin America.

To establish the antiquity of capuchin cashew processing at the site -- Serra da Capivara National Park in northeast Brazil -- the researchers conducted an excavation that recovered many capuchin stone tools. Small pieces of charcoal found with the large tool cache were radiocarbon dated to at least 700 years ago. This means that the tools predate the arrival of Europeans in the New World.

The researchers estimate that around 100 generations of capuchins have processed cashews at the same site over the past seven centuries. The number could even be much higher. The monkeys are thought to have originated in Africa before traveling, perhaps unintentionally on floating vegetation, to the New World some 40 million years ago. The cashew trees, on the other hand, are native to Brazil. At Serra da Capivara, the trees date to about 8,500–7200 years ago.

Senior author Tiago Falótico, a postdoctoral research fellow at the University of São Paulo Institute of Psychology, said, "Cashews nuts are not a primary food source, but capuchins have a great preference for it when it is present. Some of the individuals even discarded apparently good cashew apples just to eat the nut."

He continued, "We know that cashew nuts are very energetic and balanced across carbohydrates, fat, and protein, characteristics that makes cashew nuts a good food choice."

As for how the monkeys first learned how to process cashews, the researchers suggest that shelled edibles once helped save the capuchins from starvation.

Co-author Eduardo Ottoni, a professor in the Institute of Psychology at the University of São Paulo, explained that "robust" capuchins split off from slenderer built ones as they left the Amazon forest and reached the Atlantic forest.

"That involved crossing much drier areas where hard-shelled fruit was probably a key resource, hence their robust jaws," Ottoni said. "In such a context, stone-aided nut cracking was arguably very useful."

Capuchins do not just use tools to process cashews. Ottoni said that some select even heavier stones to bust open hard palm nuts in certain regions. The Serra da Capivara monkeys use different stones to dig plant roots and tubers.

They also use sticks as probes to dislodge prey -- mostly lizards -- from rock cracks. They use sticks to pull spiders out of their burrows and to collect honey. Each tool is carefully selected for size, weight and usefulness to the particular task.

Other monkeys, such as macaques, are also adept at using tools. Last year, for example, Amanda Tan from Nanyang Technological University and her team documented how macaques use one-handed hammering with the points of small tools to crack open oysters with precision at Piak Nam Yai and Thao Islands in Laem Son National Park, Thailand. 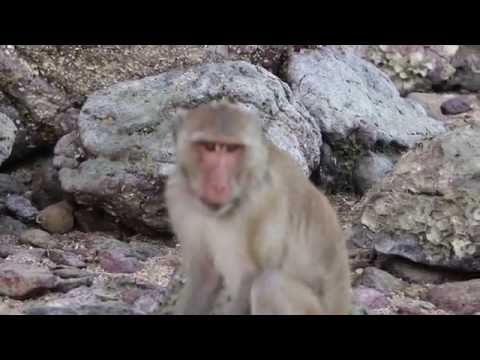 The macaques ate nine oysters at a time, on average, and frequently carried the same tool with them over short distances. In one case, Tan and her team observed a hungry macaque eat 63 oysters in a single sitting and using the same stone tool.

For the capuchin study, Haslam and his colleagues compared the Brazilian monkey ability with that of other tool-using capuchins and concluded that these monkeys are "conservative," preferring not to change the technology used.

Falótico said that human ancestors made the same stone tools for about 1 million years with only minor modifications, so it is not surprising that non-human primate stone tools tend to be conservative.

"Tool use fulfills a very specific niche, and if we saw it changing wildly it probably would be a sign that something is wrong," Haslam said. "Humans stumble from one technologically-induced problem to another, and if we run out of technological solutions we're probably going to wish that we'd stayed as conservative and well-adapted as the capuchins!"