Neil Armstrong may have been the first person to walk on the moon, but he wasn't the only astronaut on the Apollo 11 mission; someone had to stay onboard the ship. 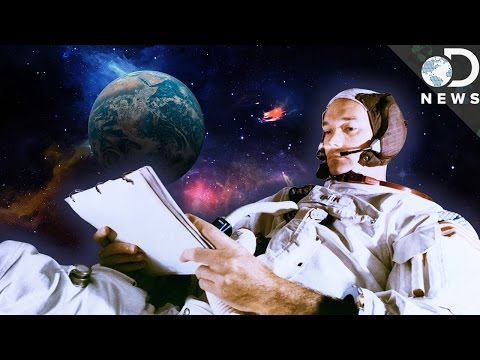 Michael Collins is one of three astronauts that were aboard the Apollo 11 mission to the moon. You're probably a little more familiar with the other two astronauts from the mission, Neil Armstrong and Buzz Aldrin. That's because Collins is the only one that didn't get to actually walk on the moon, which is why he's sometimes referred to as the "forgotten astronaut."

RELATED: Why We Haven't Gone Back to the Moon

Collins was the command module pilot on Apollo 11 so he stayed behind to man the spacecraft while Armstrong and Aldrin took their famous moonwalk. Ultimately, this means that Collins isn't a household name, but he's still a very important part of space history.

Collins attended the United States Military Academy at West Point, New York and afterward began his career in the sky as an experimental flight test officer at the Air Force Flight Test Center, Edwards Air Force Base in California. After joining NASA, his first mission to space was as a backup pilot for Gemini X in 1966. Apollo 11 was his second trip to space but also his last -- he retired not long after, logging a total of 266 hours in space.

In 2009, Collins released a statement of answers to questions he's most often asked by the media. When inquiring as to whether he was lonely on the Apollo 11 mission, he responded, "No. Far from feeling lonely or abandoned, I feel very much a part of what is taking place on the lunar surface. I know that I would be a liar or a fool if I said that I have the best of the three Apollo 11 seats, but I can say with truth and equanimity that I am perfectly satisfied with the one I have. This venture has been structured for three men, and I consider my third to be as necessary as either of the other two."

These days, Collins mostly enjoys filling his time with "Running, biking, swimming, fishing, painting, cooking, reading, [and] worrying about the stock market," as he puts it. But naturally he does still pay attention to space news, and says he hopes the space program will take us to Mars next.

"As celestial bodies go, the moon is not a particularly interesting place, but Mars is. It is the closest thing to a sister planet that we have found so far," he said.