How hard would a human mission to the Red Planet be? Two retired NASA astronauts, Clay Anderson and Steve Swanson, have very different takes.

While NASA doesn't yet have an active human Mars program yet (perhaps a relief after watching Mark Watney's struggles in The Martian), the agency is hoping to get there some day. A part of that will be the Orion spacecraft, which is expected to carry astronauts beyond low-Earth orbit in the late 2020s.

Once we get people out beyond the moon, the game changes. The further you travel away from Earth, the more of a communications lag there is; the harder it is to turn around and get home; the more "empty" space appears when you are away from a planet or small world - there will be no auroras to entertain the astronauts during their downtime.

How hard would such a mission be? Two retired NASA astronauts - who each spent several months on the International Space Station - have very different takes. Clay Anderson (Expedition 15/16 in 2007) says NASA should hire very different people, while Steve Swanson (Expedition 39/40 in 2014) says what the agency is working on now shouldn't be too different for future missions to Mars.

"(Mars) doesn't require a jet fighter pilot. It doesn't require a Ph.D. astronaut - although those people would be just fine," Anderson told Discovery News. "But I think that it's going to take people that are very good generalists, that can do many things."

PHOTOS: How a NASA Astronaut is Paving the Way to Mars

During Anderson's five months on station (which he talks about in his new book The Ordinary Spaceman), he said he felt frustrated at times and would take it out on ground controllers or crewmates. Crew compatibility will be paramount as they become more isolated from Earth, he said. Crew commanders will have to be less rigid and more like coaches, he said, able to resolve issues as they arise.

Stress, he added, can make people do things that were not anticipated, which is similar to what can happen in a military deployment in an isolated environment, he added. "It is a very dangerous environment, and the person you are being deployed with is not who you thought you were deployed with."

For these reasons, Anderson says NASA may need to rethink astronaut selection to consider people who are, for example, very good at fixing things on the fly - as opposed to sending only scientists such as astrophysicists. And the agency, he added, should also encourage people to talk about their issues in orbit without the fear of being grounded forever - being passed over for future missions. 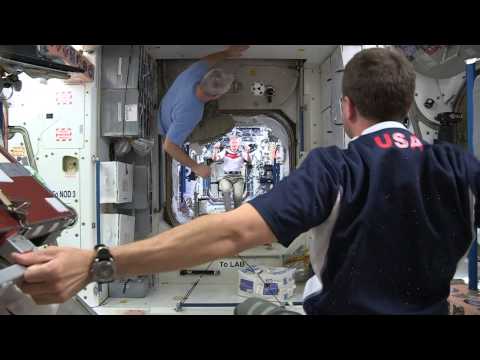 Swanson, who retired from NASA in August and is working at Boise State University in Idaho, says the agency is already considering some of these isolation problems. He took part in a time delay experiment on station where the astronauts were expected to do simple tasks by themselves. And when astronauts are selected, it's not necessarily for what they know - it's how well they learn and work in teams.

"Do they play well with others, are they calm under pressure, do they have mechanical aptitude, are they well rounded, all these kind of things make a big picture," Swanson told Discovery News.

PHOTOS: Watching the Sunsets of Mars Through Robot Eyes

Before leaving for a long-duration mission outside Earth orbit, Swanson added, astronauts would be told which systems could be fixed on the fly and which would require a call back to ground (waiting for an answer.) The crew commander would be responsible for more daily administration to partially replace the instant communication people have with the ground.

As for unknown unknowns - the psychological or physical challenges of Mars that we don't know about yet - Swanson said NASA is always trying to think about what they may not know. There are open questions such as supplies for three years away, or how to keep astronaut spirits up without live conferences with family. "It's a huge effort," he said, adding that planning for that mission would take a while.

A NASA spokesperson said the physical requirements for astronauts would not change in Orion compared to shuttle or station, but did not respond to questions about how NASA expects astronaut selection generally would change (if at all).

Forget about the wonders of space and the philosophical implications of seeing Earth as a blue dot in a star-filled black sky. Astronaut Mark Watney, the lead character in "The Martian," a book by Andy Weir, is more concerned about staying alive, and for that there's nothing like good old-fashioned engineering and technical know-how. Which is why NASA is so excited about the upcoming debut of a film by the same name, starring Matt Damon and directed by Ridley Scott. Without giving away too much, the story revolves around Watney's trials and tribulations soloing on Mars after he is inadvertently left by his evacuating crewmates. The U.S. space agency, which is slowly moving toward a mid-2030s human expedition to Mars, is eager to connect the dots between its ongoing development efforts and engineering finesse the fictional Watney employs to boost his chances of survival. Here is a look at some Mars technologies currently under development.

Video: How 'The Martian' Strives to Get the Science Right

Watney needs a place to shelter from the harsh climate and high radiation of Mars. Back on real Earth, engineers are testing a prototype deep-space habitat called HERA, short for Human Exploration Research Analog, that has living quarters, work space, a bathroom and a simulated airlock. So far, NASA has run Mars habitat simulations lasting two weeks. It plans to increase the experiments to 60 days, a small fraction of a crew's estimated year-long Mars stay.

Astronauts aboard the International Space Station last month ate their first crop of space-grown lettuce. NASA says future Mars crews won't be able to depend solely on cargo ships from Earth and are counting on space gardens to fill the gap. "If we're ever going to go to to Mars someday -- and we will -- we're going to need a spacecraft that is much more sustainable ... Having the ability for us to grow our own food is a big step in that direction," said NASA astronaut Mark Kelly, currently the station's commander.

Along with food, future Mars crews will need water to survive. Aboard the space station, water from urine, perspiration and condensation is recycled, but the system is not perfect. NASA is working on technologies to completely close the loop, a challenging endeavor since fluid physics completely changes in microgravity.

No sense going to Mars if astronauts never go outside. But leaving the safety of a habitat to pick up samples and conduct experiments presents a whole new set of challenges, such as dealing with the planet's ubiquitous dust. Systems under development include docking ports so astronauts can climb into out of their spacesuits as needed without bringing them inside. An artist's rendering of a prototype Mars spacesuit is pictured here.

Photos: NASA's Spacesuits Through the Years

Human expeditions to the Red Planet are expected to last more than a year, but to make good use of the time astronauts will need a way to travel farther than they can walk. The Multi-Mission Space Exploration Vehicle, pictured above, is one vehicle under consideration.

Musk: SpaceX Could Land Humans on Mars in 10-12 Yrs

By electrically charging gas, such as argon or xenon, spaceships can efficiently, but slowly navigate to very distant destinations. In "The Martian" the crew's spaceship uses ion engines, a technology currently employed by NASA's Dawn spacecraft, now circling the dwarf planet Ceres. Engineers are working on advanced ion thrusters, pictured above, for future missions.