Singing out of tune can get you noticed, indris lemurs discovered.

Birds, humans and certain other animals strive to hit the right notes, but for young indris lemurs, the goal is to get noticed by singing out of sync and out of tune, new research finds.

Video taken as part of the study, published in the journal Frontiers in Neuroscience, shows that young members of the critically endangered lemur species Indri indri sing in flat-sounding antiphony with their fellow lemur crooners to increase their chances of getting noticed by rival groups. 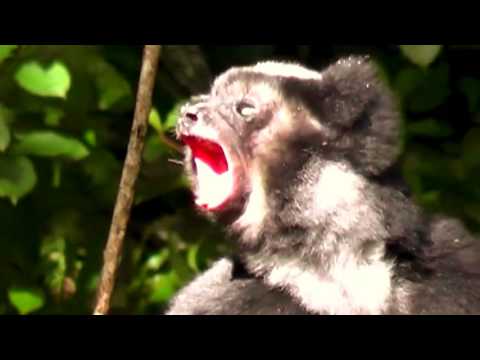 "The chorus songs of the indri start with roars that probably serve as (an) attention-getter for the other singers and continue with modulated notes that are often grouped into phrases," co-author Marco Gamba of the University of Turin's Department of Life Sciences and Systems Biology said in a press release. "In these phrases the indris give a high-frequency note at the beginning, and then the following ones descend gradually in frequency."

The indri, also known as the babakoto, is one of the few primates that sing. This endangered species from Madagascar lives in small groups in the eastern rainforests of the island nation. Both males and females sing in their families that consist of a dominant female and male, their immature offspring, and one or more low-ranking young adults. Their songs appear to play an important role in territorial defense and group formation.

Gamba and his team traveled to spots in and around Andasibe-Mantadia National Park and the Maromizaha Forest of Madagascar to record 496 indri songs. The researchers next conducted computer analysis of the timing, rhythm and pitch of the tunes, which are not hard to hear.

"Synchronized singing produces louder songs, and this may help to defend the group's territory from rival groups," Gamba explained. "Singing is interpreted as a kind of investment, which may help to provide conspecifics with information on the strength of the pair bond and the presence of potential partners."

Most of the lemurs, as a result, copy each other's rhythm and synchronize their notes.

Young, lower-ranking indris, however, prefer to sing in antiphony rather than staying in sync with the rest of the lemur chorus, the scientists discovered. These youngsters alternate their notes with those sung by the dominant pair. The researchers propose that this is a tactic that lets the eager semi-outsider maximize his or her solitary singing and emphasize an individual contribution to the song.

"Synchronized singing doesn't allow a singer to advertise his or her individuality, so it makes sense that young, low-ranking indris sing in antiphony," co-author Giovanna Bonadonna said. "This lets them advertise their fighting ability to members of other groups and signal their individuality to potential sexual partners."

Co-author Cristina Giacoma added, "Indris are indeed good candidates for further investigations into the evolution of vocal communication. The next steps in our studies will be to understand whether the acoustic structure of the units allows individual recognition and whether genetics plays a role in the singing structure."

It should be noted that people pay attention to off key singers too -- sometimes because they are forced to, but willingly at other times. Meryl Streep's upcoming film is a classic example of the latter. The movie, "Florence Foster Jenkins," tells the true story of Jenkins (1868–1944), who was widely regarded as "the worst singer who ever lived. Nevertheless, Jenkins still drew large audiences probably because her sincere effort was such a spectacle.

Here is the real life Jenkins, belting out "Adele's Laughing Song" from the opera Die Fledermaus: 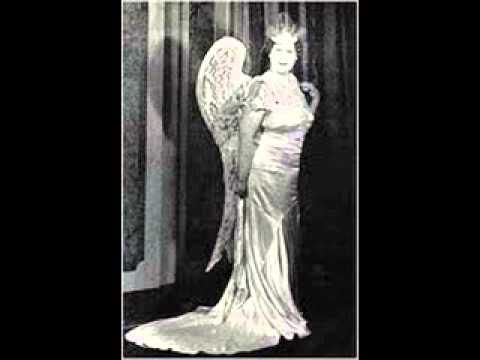