The NASA mission will enter Jupiter orbit on July 4, but little is known of arguably the most dangerous region in the solar system. 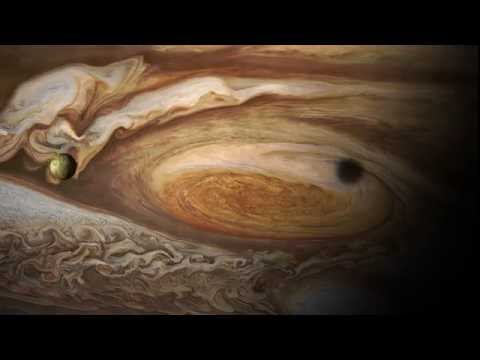 On July 4, a NASA probe will dive deep into arguably the most dangerous region of the solar system: Jupiter's radiation belts. And the space agency has released an awesome video showcasing some of the "unknowns" that could threaten the spacecraft.

Sure, we've had a mission in orbit around the gas giant before -- Galileo -- and had several flyby missions -- Voyager, Pioneer, New Horizons etc. -- but we've never sent an intrepid robotic explorer so close to Jupiter's cloud tops to investigate what lies beneath. Jupiter is well known for its hefty gravitational field that can slingshot asteroids and comets on random paths, plus magnetic and electric fields that supercharge energetic particles. All of these factors pose a risk to spacecraft and, as we've never ventured so close, Jupiter may be about the most risky place to do science.

And like the brilliant, drama-filled "7 Minutes of Terror" promo video for Curiosity's landing on Mars in 2012, this Juno promo is just as thrilling. Check it out... and brace yourselves for one hell of a ride.

Jupiter's water abundance is expected to show astronomers how it was formed, and by extension, the story of water in the solar system. Scientists are eager to use the mission to peer inside of Jupiter and to see how much water is inside. It is already known that the water in the stratosphere mostly comes from the Shoemaker-Levy 9 impact of 1995, but deeper down the water abundance is unknown.

Most observations of Jupiter's weather are done by amateurs, who can talk about bands changing color, the size of the Great Red Spot shrinking, and other phenomena on the solar system's larger planet. Juno will be able to probe beneath the surface, however, to see what is happening underneath. It is poorly understood how deep weather features go on the giant planet, so Juno will give astronomers a better glimpse.

Image: Jupiter's cloud belts are known to change shape, disappear and reappear, as seen in this 2010 image composite of the planet. By observing in three different wavelengths, astronomers were able to spot the south equatorial band of Jupiter reappearing by looking beneath cloudtops. Credit: NASA/JPL/UH/NIR

It's not known what kind of core Jupiter has (if it has any core at all), which is interesting because the planet has such an intense magnetic environment. On Earth, the core's rotation is believed to create the magnetic field; this means that Jupiter's precise magnetic generation is somewhat unknown. Scientists hope to learn more about the interior of Jupiter by examining its magnetic and gravity fields.

Jupiter has a really intense magnetic field that generates huge auroras on the planet. Scientists hope to get a better sense about how the magnetosphere (the entire magnetic environment) behaves, such as the interactions with the solar wind and with Jupiter's moons.

Image: Artist's conception of a hot Jupiter, meaning a Jupiter-sized planet that is close to its parent star. Credit: NASA/Ames/JPL-Caltech

Jupiter is often considered an analog for exoplanets, but how closely it resembles them is something we are still learning about. It is hoped that by probing Jupiter's insides with Juno, that we can create models about how our own solar system formed. Presumably this could extend to other solar systems, depending on what we find and how relevant the information is.