Jumping Spiders Hear You from Across the Room

Even though the spiders don't have proper ears, they're listening to your every move.

At this moment you are probably in a room with a spider that can hear everything from your phone ringing to your conversations, according to new research on spiders that don't even have proper ears.

This discovery, detailed in Current Biology, was triggered by a completely unplanned event: a researcher's chair squeaked.

Paul Shamble was in a lab at Cornell University with colleague Gil Menda and others making neural recordings from the brains of jumping spiders. Shamble, who has since moved to Harvard, and the others were exploring how jumping spiders process visual information. While setting up an experiment, Menda's chair squeaked across the floor.

It was then that a speaker, set up to record the sounds of spider brain neurons firing, started to blast out multiple "pops." Whenever the chair squeaked, the popping followed.

"That was a really exciting moment for all of us in the lab," Shamble said.

RELATED: The Rich Even Have Better Bugs in Their Homes

He added that when he and his team did behavioral experiments later, "the response was really clear -- the jumping spiders would be wandering along and just stop instantly when the sound came on."

In short, if you have a squeaky chair in your room, you're probably driving the resident jumping spiders nuts. And the sounds aren't limited to squeaks, either.

"Jumping spider hearing is almost certainly sensitive enough to hear you talking," Shamble said, but added that such spiders are "really only sensitive to low frequency tones, so lots of human speech is too high for them to hear."

It's likely, he says, that spiders tune into lower frequency sounds as a sort of warning system. In the same way a shout might catch your attention and make you stop what you're doing, a low noise puts the spiders on alert.

Spiders hear noises using sensory hairs, but it was thought that these hairs could only pick up very close sounds. This finding shows that jumping spiders actually have an acute sense of hearing.

"Their sensory hairs are basically everywhere, but especially on their legs and their head -- and there are lots of them, not just one or two," Shamble said. "That said, these are the only things they have for hearing sound; spiders don't seem to have proper ears at all."

As for why jumping spiders evolved such great hearing, the researchers suspect that they use the sense to listen for predators, such as parasitoid wasps. The ability could have a role in attracting and impressing mates. The spiders may also be listening for prey.

Since, as their name suggests, the spiders like to jump, they are known to pounce on people. Some are even black and red in color, causing some to think they are being attacked by a black widow, but Shamble said that these spiders hardly consider us to be prey.

"Jumping spiders are very smart and very good at hunting things about their size," he explained. "We are so big that we are probably more like mountains to them, rather than food."

The researchers are now studying fishing spiders and wolf spiders. Like jumping spiders, these arachnids wander around their environments rather than making webs. Because of these lifestyle similarities, the scientists suspect that these spiders like have an impressive sense of hearing too.

Shamble said, "Let's just say, on the question of whether other spiders can hear this well, people should stay tuned."

See a video about the discovery below: 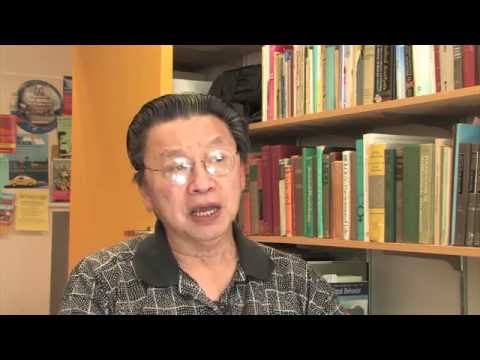