In the realm of law enforcement, iris recognition could be used to identify suspects at a long range in various lighting conditions.

Police traffic stops are in the news again, tragically, sparking a new round of discussion on whether and how to outfit police with cameras and other technology.

For several years now, researchers at Carnegie Mellon University's CyLab Biometrics Center have been testing an iris recognition system that can be used to identify subjects at a range of up to 40 feet.

Like similar biometric technologies - fingerprint or facial recognition systems - the Carnegie Mellon project uses mathematical pattern-recognition techniques. The technology captures images from a live photographic or video feed and runs them through a database to find a potential match.

Like fingerprints, every iris is unique - thanks to enormously complex patterns that remain the same throughout a person's lifetime. High-resolution cameras can capture images of the iris from a distance using light in the near-infrared wavelength band.

In the realm of law enforcement, iris recognition could be used to identify suspects at long range in various lighting conditions. The system can even be used to capture images through reflections in a mirror.

The CMU team recently posted a video successfully testing the system in a typical traffic stop scenario. Using the long-range iris scanner, the system was able to identify the driver of a vehicle by capturing an image of the eye via the side-view mirror. You can see the results below. 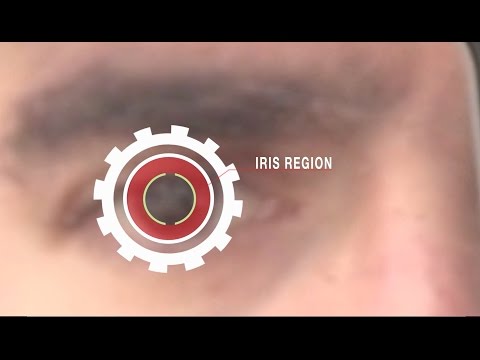 from security researcher Brian Krebs said that 40 million people who shopped at Target stores in the three days following Thanksgiving this year may have had their information stolen. According to Krebs, "The type of data stolen -- also known as “track data” -- allows crooks to create counterfeit cards by encoding the information onto any card with a magnetic stripe."

He also said that if the hackers intercepted PIN data for transactions, they could reproduce stolen debit cards and use them to withdraw cash from ATMs. In the meantime, the data breach is being investigated by the Secret Service. But that doesn't help the millions of people who have been the victims of fraud. It begs the question, how much longer do we have to put up with credit card number theft?

Thankfully, researchers are coming up with many new ways to pay for products and services that, in the future, won't require a credit card. Here are just a few.

5 Ways To Shop Safely This Holiday

Researchers at Carnegie Mellon University have come up with PayTango, a new payment system that uses a fingerprint scanner to identify shoppers and provide them with one easy way to check out. If Target stores had this technology, the customer could press their finger on the payment pad instead of entering a PIN. Since a fingerprint cannot be duplicated, only the credit card owner would be authorized. It takes 20 seconds to sign up with PayTango, and is a good way to consolidate your bank, ID and gift cards into a one thing you'll never leave the house with: your finger.

You also never the leave the house without your face. This technology from Uniqual scans unique features of your face to identify you and authorize a payment from an account you've created. To make your purchase, just smile at the camera.

Researchers at MIT wanted to use off-the-shelf technology to develop a creative method for making a payment. They developed the Sesame Ring, which give commuters access to the subway in Boston. The ring was 3-D printed and embedded with a radio frequency identification (RFID) chip compatible with the city’s MBTA CharlieCard, a rechargeable fare card. To catch a ride, just tap and go.

As part of campaign by Russia's 2014 Olympic Committee to "add elements of sport into daily life," vending machines installed in Moscow subways give away a free ticket to anyone who can do 30 squats. Here, Olympic champion gymnast Yelena Zamolodchikova gets a ticket, no problem.

The ability to pay by phone is extremely popular throughout Asia and Africa, where tap-and-go technology allows people in Tokyo, for example, to touch a phone to an NFC wireless pad and instantly make a purchase. In Africa, people routinely make payments via text message. In the United States, paying with a phone is slowly gaining ground with apps that work on both iPhone and Android smartphones. The phones need to be equipped with the wireless NFC chip and only work at cash registers equipped with a compatible NFC pad.

An Apple patent granted in 2011 details an “ad-hoc cash-dispensing network that allows users to efficiently exchange cash.” The idea is that a cash-strapped you would summon your app, which would use the location service on your phone to locate others in the area willing to part with a few bucks for a fee. Once you rendezvous, the transaction can be made. The human ATM would get reimbursed through an online account that both of you have signed into.

The Coin card combines all of your swipe-able cards (credit cards, debit cards, gift cards) into one handy place. A card-swipe dongle ships with the device and you must download an app to combine all of your cards onto the Coin. But once all of the information is stored on Coin all you need to do is tap a button on the card, toggle through your payment choice and select the appropriate method. Credit or debit?

Lately, how you pay is almost as important as what you pay with. The distributed peer-to-peer digital currency bitcoin functions without the intermediation of any government or central authority. One can purchase bitcoins using U.S. dollars and hold onto them as they gain value. Bitcoin payment processing fees are lower than those of credit cards and so there are incentives to spend them. In this photo, a man buys bitcoins from the world's first bitcoin ATM, owned by the company Bitcoiniacs, which went live inside a downtown Vancouver coffee shop.