'Interstellar' Feeds off our Exoplanet and Wormhole Dreams

In November, Christopher Nolen's movie "Interstellar" will hit theaters and, last week, a very atmospheric teaser trailer has shown us what to expect.

Starring Matthew McConaughey, the film is set in a not-so-distant future Earth where it seems an ecological breakdown has ravaged our planet. Amongst scenes of wildfires, choking dust storms and human suffering, personal family ties cause emotional turmoil for McConaughey as he is about to embark on a mission to save the world.

ANALYSIS: Wormhole Time Travel ‘Possible' (If You're a Photon)

"We must confront the reality that nothing in our solar system can help us," Michael Caine tells McConaughey in one scene, setting up the idea that something beyond the solar system might be able to help us.

Amidst all the destruction, it appears that a wormhole has appeared in the cosmic neighborhood, creating a relativistic pathway to another part of the galaxy, offering something no other planet in the solar system can: potentially habitable worlds.

From the trailer, it's not clear whether the wormhole will be an escape route for humanity to settle elsewhere, or if one of these distant worlds holds a key to the reparation of Earth (though another trailer suggests the former), but we see McConaughey, co-star Ann Hathaway and their crew embark on a momentous voyage through the wormhole to save humanity, traveling through space and exploring alien landscapes.

The idea of a traversable wormhole opening up, providing a gateway to another part of the cosmos, is nothing new in science fiction. But it seems that Nolen has recognized the public fascination with extrasolar planets - or 'exoplanets' for short - that are being discovered at an accelerated rate by space observatories and ground-based telescopes.

ANALYSIS: Is Our Galaxy's Monster Black Hole Actually a Wormhole?

Recently, the the science community and public alike were rocked by the discovery of Kepler-186f - an Earth-sized world orbiting a sun-like star only 500 light-years away. This world orbits within its star's habitable zone, a region where the star's energy is not too hot or not too cold for liquid water to pool on its surface. Liquid water, of course, is a key requirement for life as we know it to evolve, so any small habitable zone rocky world will be of particular scientific interest.

Although exciting, the possibility that one day we may visit this world seems unlikely, unless we have some space propulsion breakthrough in the future. But by introducing a wormhole, Nolen has pulled a sci-fi trick to sidestep the problem of traversing vast interstellar distances to an alien planet.

Although wormholes come from the mathematics of Einstein's general theory of relativity, there has yet to be any physical evidence of their existence, let alone whether they can be used to zip through two different locations in space and/or time. It has been widely theorized that to make a wormhole traversable (i.e. a worm hole that you can actually travel through), huge quantities of "exotic matter" or negative energy would be required to keep the wormhole's neck open and stable for the journey.

In research published by the journal Physical Review D this month, theoretical physicist Luke Butcher of the University of Cambridge revisited this problem and found that assuming we could make a wormhole stable by applying something called Casimir energy - a quantum negative energy that has been observed on the smallest of scales - it could be possible that, if the wormhole's configuration is "long and thin," its throat may stay open for an "arbitrarily long time."

But there's a catch; nothing larger than a photon would be able to make the trip.

This theoretical wormhole blockage needn't be the end of the story, however. As we have little understanding of a wormhole's properties (let alone whether they actually exist), many different ideas as to their structure are out there. One extreme hypothesis, for example, is the idea that our galaxy's central black hole may be the entrance to a wormhole and all supermassive black holes are somehow linked through these relativistic tunnels. What's more, Chinese theorists have put forward a plan as to how this may be observationally tested.

Wormholes may be a hard-to-prove theoretical construct, but they do provide a wonderful shortcut for science fiction storylines to access the scientific reality of distant habitable zone worlds that exist in our galaxy. It's only a matter of time before we find a bona fide Earth-like world that has the potential to support life as we know it. And when that time comes, we'll all wish we had a wormhole to get us there.

"Interstellar" is set for release on Nov. 6 in the UK and Nov. 7 in the US and, if Nolen's other movies are to go by, it will be a dark look into the future of mankind mixed with the hope that is spawned from looking out into the Cosmos as we ponder our place in the stars.

Watch the trailer for Interstellar here: 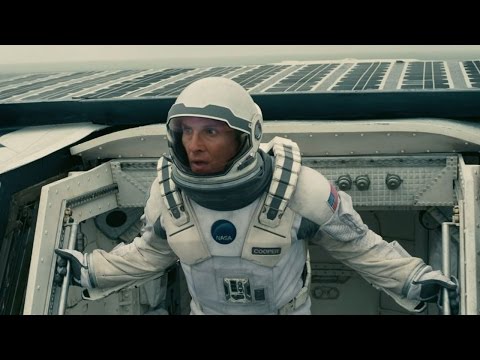 The wormhole as imagined in the film "Interstellar."