Christopher Nolen's movie 'Interstellar' will be an epic space adventure encapsulating humanity's need to explore the Universe, but it's the visual effects for the movie that are garnering early attention. Continue reading →

Christopher Nolan's movie ‘Interstellar' will be an epic space adventure encapsulating humanity's need to explore the Universe, but it's the visual effects for the movie that are garnering early attention.

By combining the help of one of the world's leading black hole physicists with a cutting-edge visual effects (VFX) team, ‘Interstellar' will depict the most scientifically accurate black hole in science fiction history. And, during production, some new discoveries were made as to how a black hole would appear if we could view it up close.

ANALYSIS: ‘Interstellar' Feeds off our Exoplanet and Wormhole Dreams

"Neither wormholes or black holes have been depicted in any Hollywood movie in the way they actually would appear," said Caltech physicist Kip Thorne in a behind-the-scenes video released by Paramount Pictures (featured below). "This is the first time that the depiction (of a black hole) began with Einstein's general relativity equations."

General relativity describes the nature of gravity. How a black hole, being the most gravitationally dominant object in the known Cosmos, would look to an observer can therefore be described by Einstein's equations - except for when tangling with the Black Hole Information Paradox, then you'll need some quantum equations to boot.

Thorne is a lifelong friend of fellow black hole guru Stephen Hawking and between both of the theoretical physicists, our modern understanding of how these singularities work has flourished. So with the help of Thorne, Nolan has done something very smart; he's been able to provide the movie-viewing public with a rare sci-fi look into the actual science of a black hole while maintaining an artistic representation that we can easily comprehend.

OPINION: Interstellar Earth: The Future We See In Our Stars

"The visual effects department under Paul Franklin and everybody at Double Negative took Kip's mathematical data and they created real visual representations of what a black hole is meant to look like," said ‘Interstellar' producer Emma Thomas.

Warped Spacetime While crunching the mathematics and arriving at graphical representations of Einstein's famous equations, Thorne and the movie's VFX team realized that if a star is positioned behind the black hole, the starlight may become trapped in the warped spacetime close to the black hole's event horizon. Known as gravitational lensing, this spacetime effect can be used by astronomers to detect exoplanets, for example. But during the production of ‘Interstellar,' the team realized a spacetime subtlety.

Intuitively, light from a star behind a black hole may circle the event horizon several times before being released in the direction of the observer (in this case the ‘observer' is the camera). Visually, the edge of the black hole will be stunning - several different images of the same star will be created at the event horizon's edge.

This produces "a strange sort of funnel in the sky," with a black disk surrounded by gravitationally warped starlight, said VFX supervisor Paul Franklin.

The Matter of an Accretion Disk Of course, no black hole would be complete without the addition of a radiating accretion disk. But how would that appear on film?

As matter falls toward the spinning black hole's event horizon, the gas collects into a hot accretion disk, shining brilliantly. By adding the disk, "we found that if you then render this whole thing and you visualize it all through this extraordinary gravitational lens, the gravity twists this glowing disk of gas into weird shapes and you get this extraordinary ‘rainbow of fire' across the top of the black hole," said Franklin.

It's all very well having a scientifically accurate black hole, but if the visual interpretation of a black hole's mathematics makes no sense, Nolan was under no illusions that he may have had to take some artistic liberties to make the black hole appear more familiar to the viewing public.

"But what we found was as long as we didn't change the point of view too much ... we could get some very understandable, tactile imagery from those equations. They were constantly surprising," said Nolan.

Now Thorne and the VFX team are preparing some technical papers about their findings for the astrophysical and computer graphics communities. The publications will say: "Here are some things that we've discovered about gravitational lensing by rapidly spinning black holes that we never knew before," added Thorne.

Science fiction movies are produced to entertain, first and foremost. But as computer graphics become more sophisticated and the science fiction-viewing public becomes more savvy, there is a growing motivation by filmmakers to make space phenomena as ‘real' as possible. And often that will mean employing the help of scientists to make our most extreme space fantasies as scientifically accurate as possible to maintain a credible storyline.

‘Interstellar' is shaping up to be one of those rare movies that will combine science and fiction, exciting the viewing public, potentially engaging us with astrophysics in a way we've never experienced before.

‘Interstellar opens in the US on Nov. 5. 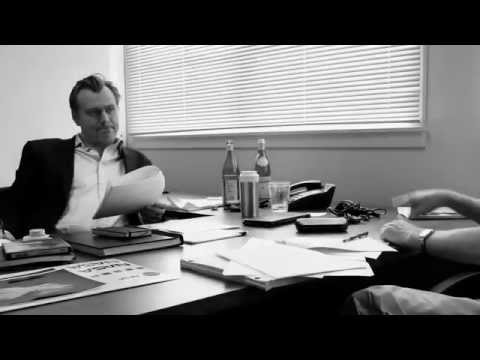 The black hole as seen in the movie 'Interstellar' -- the most scientifically accurate black hole envisaged on film.

They're alien worlds orbiting distant stars far out of reach of detailed imaging by even our most advanced telescopes. And yet, day after day, we see vivid imaginings of these extrasolar planets with the help of the most talented space artists. The definition of an extrasolar planet -- or "exoplanet" -- is simply a planetary body orbiting a star beyond our solar system, and nearly 700 of these extrasolar worlds have been discovered so far (plus hundreds more "candidate" worlds). With the help of NASA's Kepler space telescope, the ESO's High Accuracy Radial velocity Planet Searcher (HARPS), French COROT space telescope and various other advanced exoplanet-hunting observatories, we are getting very good at detecting these worlds, but to glean some of the detail, we depend on artist's interpretations of fuzzy astronomical images and spectral analyses. That's the way it will be until we build a vast telescope that can directly image an exoplanet's atmosphere or physically travel to an alien star system. So, with the flurry of recent exoplanet discoveries, Discovery News has collected a few of the dazzling pieces of art born from one of the most profound searches mankind has ever carried out: the search for alien worlds orbiting other stars; a journey that may ultimately turn up a true "Earth-like" world.

As an exoplanet passes in front of its star as viewed from Earth, a very slight dip in starlight brightness is detected. Observatories such as NASA's Kepler space telescope use this "transit method" to great effect, constantly detecting new worlds.

Some exoplanets orbit close to their parent stars. Due to their close proximity and generally large size, worlds known as "hot Jupiters" are easier to spot than their smaller, more distant-orbiting cousins.

The primary thrust of exoplanet hunting is to find small, rocky worlds that orbit within their stars' "habitable zones." The habitable zone, also known as the "Goldilocks zone," is the region surrounding a star that is neither too hot nor too cold. At this sweet spot, liquid water may exist on the exoplanet's surface. Where there's water, there's the potential for life.

Usually, exoplanet hunters look for the slight dimming of a star or a star's "wobble" to detect the presence of an exoplanet. However, in the case of Kepler-19c, its presence has been detected by analyzing its gravitational pull on another exoplanet, Kepler-19b. Kepler-19c is therefore the Phantom Menace of the exoplanet world.

The habitable zone seems to be the pinnacle of extraterrestrial living. If you're an alien with similar needs to life on Earth, then you'll need liquid water. If your planet exists outside your star's habitable zone, well, you're in trouble. Either your world will be frozen like a block of ice, or boiling like a kettle. But say if your world had the ability to extend your star's habitable zone? There may be some atmospheric factors that might keep water in a comfy liquid state. Even better, if you like deserts, a dry world could even be oddly beneficial.

Planets with a global magnetic field, like Earth, have some dazzling interactions with the winds emanating from their stars. The high-energy particles bombard the planet's atmosphere after being channeled by the magnetism. A wonderful auroral lightshow ensues. But say if there's an exoplanet, with a magnetosphere, orbiting really close to its star? Well, stand back! The entire world would become engulfed in a dancing show, 100-1000 times brighter than anything we see on Earth.

"Candidate" exoplanets are often mentioned, especially when talking about detections by the Kepler space telescope. But what does this mean? As a world passes in front of its star, slightly dimming the starlight, this isn't considered a "confirmed" exoplanet detection. To make sure that signal is real, more orbital passes of the exoplanet need to be logged before a bona fide discovery can be announced. Until then, these preliminary detections are called exoplanet candidates.

Exoplanets come in all sizes and all states of chaos. Some might have wonky orbits, others might be getting naked. Other times, they're simply being ripped apart by X-rays blasted from their parent star. Bummer.

Super-Earths get a lot of press. Mainly because "Earth" is mentioned. Sadly, most of these worlds are likely completely different to anything we'd call "Earth." And you can forget calling the vast majority of them "Earth-like." It's simply a size thing -- they're bigger than Earth, yet a lot smaller than Jupiter, hence their name, "super-Earth." Easy.

For now, we have to make do with artist's renditions of exoplanets for us to visualize how they may look in their alien star systems. However, plans are afoot to send an unmanned probe to an interstellar destination. Although these plans may be several decades off, seeing close-up photographs of these truly alien worlds will be well worth the wait.