The average Western man’s sperm count has fallen by about 60 percent in the last 38 years, sparking anxiety about what this might mean for humanity's future.

The latest study was a meta-analysis of English-language studies on sperm count and concentration that was published this week in the journal Human Reproduction Update. Led by researchers from the Hebrew University-Hadassah Braun School of Public Health and Community Medicine and the Icahn School of Medicine at Mount Sinai, the work analyzed 185 studies on sperm count and quality that were published between 1973 and 2011.

The findings, the researchers say, are unnerving.

After combing through the material, the researchers found a large decrease in sperm quality among men from North America, Europe, Australia, and New Zealand. The drop was particularly notable among men who had never had kids and were unaware of their fertility status. In these men, they found a 52.5 percent drop in sperm concentration, and a 59.3 percent decrease in total sperm count.

They did not find the same decrease in men from non-Western countries, although the authors acknowledged that this could potentially be due to a lack of data. 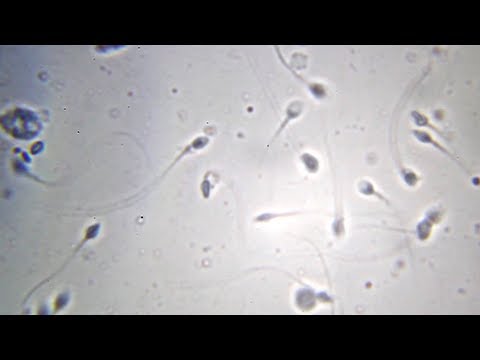 The authors of the study also pointed out the fact that the decline doesn’t seem to be leveling off. “This study is an urgent wake-up call for researchers and health authorities around the world to investigate the causes of the sharp ongoing drop in sperm count,” said lead author Dr. Hagai Levine, an epidemiologist from the Hebrew University of Jerusalem's faculty of medicine, in a statement.

Birth and fertility rates in the United States have continually gone down since around 2007. According to data from the World Bank, the current US birth rate is about 12.4 babies per population of 1,000 people, down from 14.8 in 1973 (the year that researchers began looking at the data).

In addition, low sperm count has more consequences than fertility and childbirth. The researchers pointed out in their meta-analysis that “poor sperm count is associated with overall morbidity and mortality.” In other words, men who have low sperm count tend to have other health problems as well.

It is important to note that there is so far no conclusive evidence about why the sperm count has dropped. The authors speculate it is due to environmental and lifestyle causes, including pesticides, smoking, and obesity. Their assessment didn’t establish any causal links, however.

“If we will not change the ways that we are living and the environment and the chemicals that we are exposed to, I am very worried about what will happen in the future," Levine told the BBC, warning ominously that “it may be the extinction of the human species.”

RELATED: Goats in Turkey Now Have Their Own Sperm Bank

But despite the dramatic drop in percentages, the authors found that in 2011 the unselected Western men — those who did not know their fertility status — still had on average a sperm count of 47 million/ml. When including all men in the study, they found an average sperm count of more than 66 million/ml.

These numbers are still well in the range of fertility; the Mayo Clinic classifies low sperm count as less than 15 million/ml.

So don’t worry — while the data does indicate that sperm count is mysteriously declining, the human race is going to be sticking around a while longer.