Sexy Music Can Heighten the Sensualness of Being Touched

Music can affect how a person perceives touch, which could lead to new medical therapies and enhanced sports performance.

“Let’s Get It On” by Marvin Gay, “No Ordinary Love” by Sade, “Garden in the Rain” by Diana Krall and “Samba Pa’ Ti” by Santana were just some of the songs considered as being “sexy” by Max Planck Institute for Human Cognitive and Brain Sciences scientists, who recently investigated how music influences our perception of touch.

On the “non-sexy” side were tunes such as “Surfing with the Alien” by Joe Satriani, “New York, New York” by Frank Sinatra and “Cold” by Jorge Mendez.

“We did a pre-selection that was meant to be half sexy and half non-sexy, but interestingly, it turned out that how participants perceive the stimuli varies individually,” study leader Tom Fritz said.

In short, some people were actually turned on by the aforementioned “non-sexy” songs and other tunes previously deemed to be of that ilk.

The study, published in the Journal of Experimental Biology, reported headier conclusions, however. Fritz and his team found that perception of touch is affected by music. The sexier we perceive the music to be, the sexier we also perceive touch.

The neuroscientists came to this conclusion after conducting three experiments involving a total of 54 participants ranging in age from about 20–40.

In the first, participants were shown a soundproof space that was divided in two by a curtain. They were given headphones and told that they would hear music, but were instructed only to focus on the touch applied to their forearm by an assistant, whom they had met earlier. The assistant was supposedly listening to the same music, too.

That was a fib.

In truth, when the curtain closed, a robot was placed perpendicular to each participant’s forearm. The robot’s touch, made with an attached soft brush, was administered 10 second after the start of each musical piece and lasted for different durations. All of the participants were exposed to a random sequence of songs and touch simulations.

“We chose a relatively neutral touch experience, and did not systematically vary the sexiness of the touch,” Fritz said.

The participants were then asked to rate the touches on a ten-point scale, with one corresponding to “not sexy at all” and 10 being “very sexy.”

The third and final experiment was also the same as the first, except the researchers did not mislead the participants into thinking that they were being stroked by another person. The scientists showed the music listeners the robot ahead of time, and informed them that it would administer the touches.

The participants during the study consistently rated touches as sexier when they listened to music that they thought was also sexy, even though the touches were basically the same throughout. In addition, knowing about the robot made no difference to them, ruling out the possibility that they were affected by the thought of the assistant stroking them.

RELATED: Making Music Using Only Your Brain Is Easy With the Encephalophone

“Our results suggest that the processing of touch and music may, in its neural correlate, have an especially prominent common denominator,” he said.

To process music, we therefore partly employ brain areas that relate both to touch and movement. It is unclear if these neural networks are primarily tied to emotions associated with sounds and tangible sensations. Music obviously affects our emotions, and touch can too. As the researchers explained, some types of touch are perceived as happy and welcoming, while others may be perceived as aggressive.

Another possibility is that human perception of musical aspects of vocalizations, or music itself, co-evolved with the perception of touch. Music goes back to at least Neanderthal times, evidence suggests. 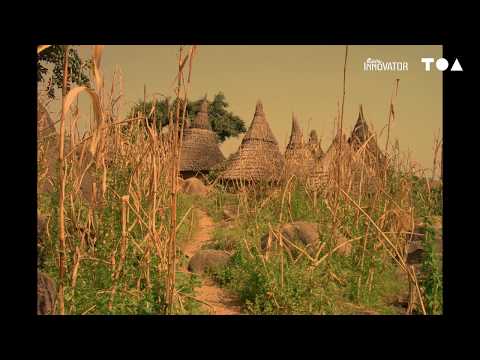 “More musical individuals could probably more successfully create acoustic-musical stimulation that would lead to beneficial transfer effects from music to touch — including perceived sexiness — and as a consequence, there would be more successful procreation,” Fritz said.

The researchers did not investigate how the study participants’ hormones might have changed as they experienced perceived sexy touches, but it could be that biochemical changes do occur during such times, facilitating possible mating that could occur during normal circumstances. What is clear is that the participants were feeling no pain during these enjoyed moments.

“Music has a whole range of medical applications,” Fritz said. “Systematically modulating the quality of perceived touch could become one of them.”

“On the other hand,” he added, “this procedure seems to already be quite common on dance floors in many music cultures.”

RELATED: A Universal ‘Language’ of Arousal Connects Humans and the Animal Kingdom

In addition to possible medical applications, the researchers are interested in developing a new generation of physical fitness equipment that incorporates interactive music making, instead of exercisers just passively listening to music.

Fritz said that he and his team are systematically creating musical euphoria in the participants with a method they call "Jymmin.”

WATCH: Why Does Music Make Us Cry?