Making Music Using Only Your Brain Is Easy With the Encephalophone

A neurologist and amateur jazz musician has taken brain-powered music one step further with a device that instantly turns brain signals into synthesized tones.

In the 1960s, avant-garde composer John Cage teamed with performance artist Alvin Lucier to produce “Music for Solo Performer,” in which Lucier triggered a cacophony of percussion instruments using his own amplified brain signals. More recently, the futurist composer Eduardo Mirando developed an EEG “brain cap” that a wearer could use to mentally select snippets of music to be simultaneously played back by a live string quartet.

Now a neurologist and amateur jazz musician from the University of Washington has taken brain-powered music one step further, claiming to have invented an instrument that enables any healthy adult to play real musical notes with nothing but their mind. Thomas Deuel, a physician who works with stroke patients at the Swedish Medical Center in Seattle, is the co-creator (along with Dr. Felix Darvas, a physicist at the University of Washington) of the Encephalophone, a device that instantly turns brain signals into synthesized music.

In a paper published in Frontiers in Human Neuroscience, Deuel reported that 15 adult test subjects — most of them with no musical training — were all able to use the Encephalophone to match targeted musical tones with greater than 60 percent accuracy on average. And that was after only five minutes of practice. In a few years, they might be as good as Deuel, who has jammed with the Encephalophone live onstage, looking like a mad scientist who stumbled into a jazz club.

The Encephalophone is a type of brain-computer interface, similar to devices that allow people suffering from a severe stroke or spinal cord injury to move a computer cursor or mechanical arm with commands directly from their brain. The Encephalophone uses an EEG cap to measure the voltage produced in specific parts of the brain and assigns each charge a different tone on the musical scale. Interestingly, playing the Encephalophone has nothing to do with thinking about actual music.

“I can’t look at EEG signals from your brain and say, ‘You’re thinking about G sharp or A flat,’” Deuel explained in a presentation about the Encephalophpone for Microsoft Research. “We’re not even close to that.” 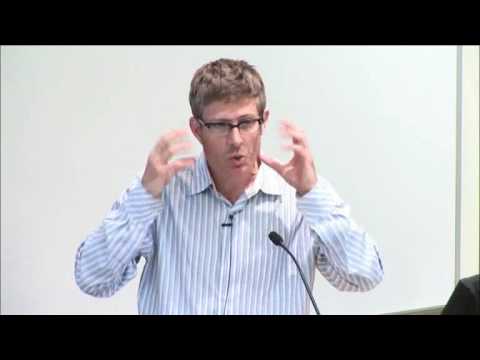 The test subjects clearly had a harder time with the motor cortex technique. When presented with a series of tones, the subjects could match the note with 67.1 percent accuracy using the eye method, but only a 57.1 percent success rate when pretending to clench their fists.

RELATED: Tiny Neural Prosthesis Could Help to Restore Vision and Hearing in Humans

As a musician and a scientist, Deuel see two parallel paths forward for his invention. He hopes that musicians and artists will take the Encephalophone to new creative heights, but he also thinks the technology has great promise as a therapeutic device for people with serious motor impairments like “locked in” stroke patients and people with late-stage ALS.

Even though their muscles no longer respond, the motor cortex in many of these patient’s brains is largely intact. Deuel hopes that by teaching those individuals to play the Encephalophone, he can awaken sleeping parts of the brain and potentially reestablish some lost brain-body connections. Clinical trials with motor-impaired patients are set to begin later this year.

WATCH: Neural Lace Promises to Connect Our Brains to the Internet