Opioid Vaccines Could Make the Brain Immune to Heroin

Heroin and fentanyl vaccines aim to use the body’s own immune system to block addictive chemicals from entering the brain.

The grip of opioid addiction is so strong that public health officials have struggled to find effective methods for preventing deadly relapses. The leading interventions try to replace heroin and other powerful narcotics with less potent opioids like methadone or buprenorphine, which don’t produce the euphoria of heroin and are far less likely to lead to overdose. These substitute drugs can also attach to opioid receptors in the brain, blocking access to other, more deadly drugs.

The problem with drug substitution therapy is that it’s expensive and requires daily trips to a clinic to receive the replacement drug. If an addict cuts treatment short, all it takes is one “taste” of heroin or fentanyl to send them spiraling toward a potentially life-ending relapse. 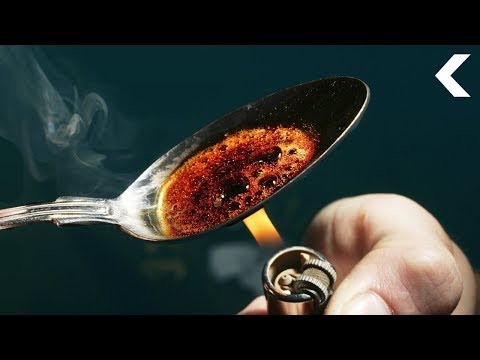 What if, rather than replacing heroin with another drug, addicts could receive injections of a vaccine that makes them “immune” from the effects of heroin for months? That’s exactly what researchers from the Scripps Research Institute have claimed to have created, actual vaccines for heroin and fentanyl that use the body’s own immune system to block addictive chemicals from entering the brain.

Kim Janda is a professor in the departments of chemistry and immunology at Scripps and co-author of a paper published in the Journal of the American Chemistry Society that found monkeys treated with the heroin vaccine remained immune to the drug’s effects up to eight months after inoculation. His team’s previous paper showed similar effectiveness with a fentanyl vaccine in mice, even when mice were exposed to overdose levels of the drug.

Janda and his co-authors will present their work tomorrow at the 254th national meeting and exposition of the American Chemical Society in Washington DC.

In an interview, Janda said his team’s ultimate goal is to combine the two vaccines for maximum effectiveness. Heroin is often cut with fentanyl, which is faster and cheaper to produce, but it’s also unpredictably strong. In the first 10 days of June alone, more than 40 people died of fentanyl overdoses in Cleveland, OH.

“It’s an economics thing,” said Janda. “They start putting in things like fentanyl, because it’s much more potent and inexpensive. We’ll see more problems going forward, simply because it takes a couple of months to grow poppies, but it only takes a couple of days to make the synthetic opioid.”

The heroin and fentanyl vaccines work under the same general principles as vaccines for infectious diseases like measles and polio. They train the immune system to recognize drug molecules as foreign bodies and attack them.

To make this work, Janda and his research team designed small molecules called haptens with highly similar structures to the target drugs. The haptens were then attached to carrier proteins called epitopes that provide a binding site for antibodies. Through a series of shots —- three vaccinations spaced six weeks apart — they trained the immune systems of mice and monkeys to produce antibodies that attach to any molecule with the target drug’s specific structure.

RELATED: This New Heroin Vaccine May Offer Addicts a Path to Recovery

The antibodies don’t “kill” the drug molecules, explained Janda. Instead they simply make them too big to cross the blood-brain barrier. “The antibody binds to the drug so the drug can’t get to the target.”

Unlike traditional vaccines, the heroin and fentanyl therapies aren’t meant to be taken by the general public, only people who are actively struggling with a substance abuse disorder. Once an individual is vaccinated, heroin or fentanyl will have no effect on them for months. If they relapse, they’ll feel nothing, and their brain won’t have a chance to get re-hooked. In Janda’s latest monkey trials, the heroin vaccine was even able to protect animals against overdose-level exposures.

Janda said a heroin vaccine has many advantages over drug substitution therapies — fewer side effects, no dependence on other opioids, lower overdose risk — but the biggest advantage may be the cost.

“Creating vaccines is very inexpensive,” Janda said. “Most people don’t recognize that vaccines have saved more lives than any other drug in last 50 or 60 years by far.” And since vaccines are cheap, they can be produced and shipped on a global scale. “When we originally developed this stuff, we thought it would be useful for third-world countries.”

The next step for the drug vaccines will be human trials, which, if successful, could give public health officials a game-changing new solution to the opioid epidemic.

WATCH: The US Consumes Virtually All the Opioids in the World