Leprosy Invades the Human Nervous System Like a Trojan Horse

The only disease mentioned in the Bible behaves like immunity disorders rather than other bacteria, using the body’s defenses against itself.

Doctors have long wondered how a bacterial infection caused leprosy, one of the few deadly diseases mentioned in the Bible.

“Leprosy is a very weird infection because it gives you nerve damage,” said Lalita Ramakrishnan, a professor in the department of medicine at the University of Cambridge. “This is a mystery. Why does leprosy cause nerve damage? No other bacterium does.”

In a study published in the journal Cell, Ramakrishnan and her colleagues at the University of Washington, the University of California Los Angeles, and Harvard University believe they may have taken the first step towards answering that question.

The painful, disfiguring sickness behaves like immunity disorders like multiple sclerosis and Guillain-Barré syndrome rather than a traditional infection, said Ramakrishnan. She and other scientists discovered that leprosy uses the body’s defense mechanisms against itself, irreparably injuring nerves, sometimes for months or longer before antibiotic treatment kills off the bugs.

“Nerve damage in leprosy was thought to occur by direct invasion of the bacteria into the nerve cells,” she said. “What we have shown is no, no, no — the bacteria are orchestrating all this through the body’s own defenses like a Trojan horse.”

The discovery could lead to novel approaches to dealing with an ancient disease that once afflicted millions around the globe and now claims around 175,00 sufferers annually, mostly in poor countries, according to the World Health Organization. 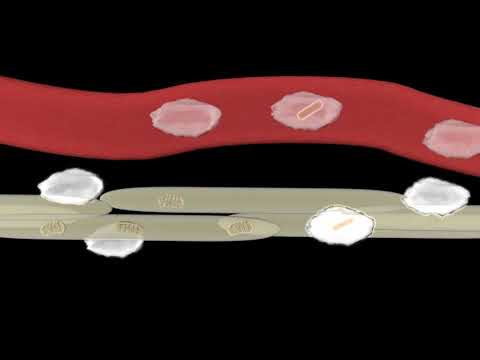 Leprosy leads to “auto amputation,” or losing limbs due to injuries that go unnoticed due to lack of feeling, as well as skin lesions and other deformations. It can also cause blindness. Leper colonies to sequester those who might infect others are still operating around the world today, including Hawaii.

The scientists, funded by the National Institutes of Health, the Wellcome Trust, and the AP Giannini Foundation, studied leprosy in translucent young zebrafish, a tropical minnow that was a good test subject because, while the bacteria grow on mice footpads, they don’t cause nerve damage in the rodents.

By genetically engineering parts of the fish’s nerves to be fluorescent green and dyeing the bacteria different fluorescent colors, too, they observed that the fish’s immune cells, or macrophages, consumed the bacteria but did not destroy it. They then attacked the myelin, or the protective insulations around the nerves. Alone, the leprosy bacteria didn’t hurt the nerves, however.

They discovered that a molecule identified as PGL-1 in leprosy, which is related to a similar compound in tuberculosis, caused the macrophages to overproduce nitric oxide that damaged cell mitochondria, or the cellular powerhouses that convert nutrition to energy.

The researchers’ findings could help scientists around the world trying to wipe out a range of diseases, said Ramakrishnan.

“It’s very possible the lessons we learn now studying leprosy and its new recognition as an inflammatory disease is going to inform the mechanics, and possibility the treatment, of other neuro-inflammatory diseases,” said Ramakrishnan. “There could be a much wider swath.”

WATCH: What Happens When You Get Leprosy?