Black hole theoretical physicist Stephen Hawking has some thoughts on the discovery of gravitational waves.

In the wake of last week's historic announcement of the discovery of gravitational waves by the Laser Interferometer Gravitational-Wave Observatory (LIGO), British physicist and black hole theorist Stephen Hawking was quick to congratulate the US-led collaboration, sharing his excitement for the historic news.

As is becoming clear, the direct detection of these ripples in spacetime not only confirm Einstein's famous theory of general relativity, they open our eyes to a previously "dark" universe. Astronomy uses the electromagnetic spectrum (such as visible light, X-rays, infrared) to study the universe, but objects that do not radiate in the electromagnetic spectrum will go unnoticed. But now we know how to detect gravitational waves, there could be a paradigm shift in how we detect and study some of the most energetic cosmic phenomena.

"Gravitational waves provide a completely new way of looking at the universe," said Hawking. "The ability to detect them has the potential to revolutionize astronomy."

Using LIGO's twin observing stations located in Louisiana and Washington, physicists not only detected gravitational waves; the gravitational waves they detected had a very clear signal that closely matched theoretical models of a black hole merger some 1.3 billion light-years away. Already, from initial analysis of the black hole merger signal, Hawking has realized that the system seems to align itself with theories he developed in the 1970′s.

"This discovery is the first detection of a black hole binary system and the first observation of black holes merging," he said. "The observed properties of this system is consistent with predictions about black holes that I made in 1970 here in Cambridge." 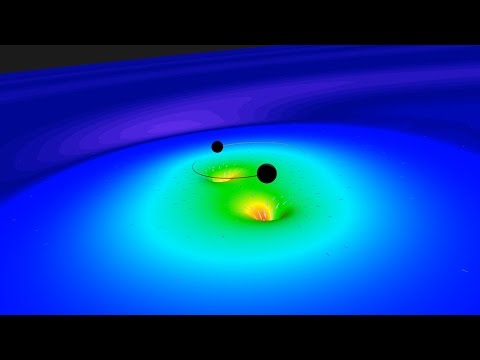 Hawking is perhaps most renowned for his work on melding quantum theory with black hole physics, realizing that black holes evaporate over time, leading to his involvement in the fascinating "Firewall Paradox" that is continuing to rumble throughout the theoretical physics community. But here he refers to his black hole area theorem, which forms the basis of the "second law" of black hole mechanics. This law states that entropy, or the level of disorganization of information, cannot decrease within a black hole system over time. A consequence of this theorem is that should two black holes merge, like the Sept. 14 event, the combined event horizon area "is greater than the sum of the areas of the initial black holes." Also, Hawking points out that this gravitational wave signal appears to be in agreement with predictions based on the "no-hair theorem" of black holes, basically meaning a black hole can be simply described by its spin, mass and charge.

The details behind how this first gravitational wave signal of a black hole merger agrees with theory are complex, but it is interesting to know that this first detection has already allowed physicists to confirm decades-old theories that have, until now, had little to no observational evidence.

"This discovery also presents a puzzle for astrophysicists," said Hawking. "The mass of each of the black holes are larger than expected for those formed by the gravitational collapse of a star - so how did both of these black holes become so massive?"

This question touches on one of the biggest mysteries surrounding black hole evolution. Currently, astronomers are having a hard time understanding how black holes grow to be so massive. On the one end of the scale, there are "stellar mass" black holes that form immediately after a massive star goes supernova and we also have an abundance of evidence for the existence of the supermassive behemoths that live in the centers of most galaxies. There is a disconnect, however.

One thing is clear, however: This is the first time that we've acquired direct evidence of a black hole merger - a key mechanism that underlies black hole evolution theories - so it's good to know we're on the right track. 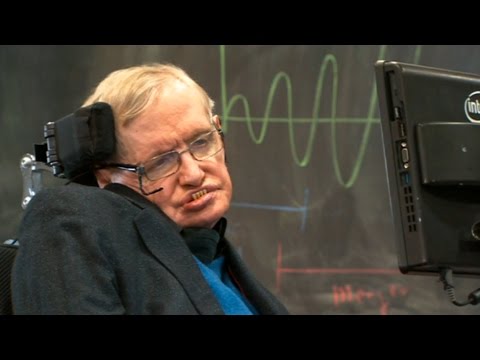 This image shows a computer visualization of the gravitational waves generated immediately after a black hole merger.

Exactly 100 years ago on Nov. 25, 2015, physicist Albert Einstein, then 36, presented a fourth and final lecture to the Prussian Academy of Sciences about his new general theory of relativity. The idea not only redefined the concept of gravity, but also ended up reshaping humanity’s perspective on reality. Here’s a look at the theory in thought and action.

Einstein was famous for his thought experiments, which often played out for years in his imagination. From the gedankenexperiment, as it is known in German, Einstein grasped fundamental concepts about the physical world that could be verified by observation and experiments. One of his most famous ones began in 1907 when Einstein pondered if a person inside a windowless elevator could tell if he was in a gravitational free-fall, or if the elevator was being hauled up by a constant acceleration. Einstein decided the laws of physics must be the same in both cases. The mathematical equation he derived to explain this so-called principle of equivalence, which equated the effects of gravitation with acceleration in zero-gravity, became the basis for general relativity.

A total solar eclipse on May 29, 1919, gave astronomers an opportunity to verify Einstein’s general theory of relativity by proving that the sun’s gravitational field was bending the light of background stars. The effect was only observable during time when the sun’s light was dim enough for stars to become visible. British astronomer Arthur Eddington led an expedition to the island of Principe, off the West Coast of Africa, to photograph the eclipse, which lasted nearly seven minutes. The images of stars in the region around the sun proved that Einstein’s interpretation of gravity trumped the 200-year old Newtonian model, which interpreted gravity as a force between two bodies. Einstein saw gravity as warps and curves in space and time.

In 1917, Einstein amended his general relativity theory to introduce what he called the “cosmological constant,” a mathematical way to counter the force of gravity on a cosmological scale and stave off the collapse of the universe, which the general relativity theory posited. At the time, astronomers believed that the Milky Way was surrounded by an infinite and static void. In 1923, Edwin Hubble and other astronomers find the first stars beyond the galaxy and by 1929 Hubble provides evidence that space is expanding. Einstein realized the cosmological constant was a blunder. Or perhaps not. In 1998, scientists made the startling discovery that the expansion of the universe is speeding up, driven by an anti-gravity force called dark energy, which in many ways acts like Einstein’s cosmological constant. Pictured here is the Hubble Space Telescope’s extreme deep field view, which contains about 5,500 galaxies. The telescope is named after Edwin Hubble.

One of the first implications of the general relativity theory was the realization that if an object is compressed enough, the dimple it generates in the fabric of space and time will be too strong for even photons of light to escape. Thus, the idea of black holes was born. Though they can’t be directly observed, astronomers have found black holes of all sizes by measuring how they affect nearby stars and gas. Pictured here is an artist’s rendering of a black hole named Cygnus X-1, siphoning matter from a nearby star.

ANALYSIS: Is the Wormhole in 'Interstellar' Possible?

Like ripples in a pond, scientists believe that gravity transmits in waves, deforming space and time across the universe. It is similar to the movement of electromagnetic radiation, which propagates in waves, except that gravitational waves are moving the fabric of space and time itself. So far, attempts to find gravitational waves, such as those caused by two black holes colliding for example, have been unsuccessful. Next week, the European Space Agency plans to launch a prototype space-based observatory called the evolved Laser Interferometer Space Antenna (eLISA) to test a technology to find gravitational waves. Pictured above is an artist's rendering of two merging galaxies rippling space and time.