Researchers are putting faux turtle carcasses in the water and tracking them, in a novel attempt to pinpoint where and why washed-up sea turtles die.

Photo: The Virginia Institute of Marine Science research team conducts a test deployment of a 'Frankenturtle' in the waters of the York River. Credit: D. Malmquist/VIMS Each summer, hundreds of loggerhead sea turtles wash up dead on Chesapeake Bay beaches. How do you find out where they first succumbed to their injuries?

If you're scientists from the Virginia Institute of Marine Science (VIMS), you put already-dead turtles filled with styrofoam in the water and GPS-track the "Frankenturtles" to see how they drift in the open water vis a vis prevailing winds.

RELATED: Solving the Mystery of a Turtle Disease

VIMS Assistant Professor David Kaplan and graduate student Bianca Santos are the researchers behind the novel effort to find out what happens to the turtles by first finding out where.

(In case you're wondering, they made their "Frankenturtles" by taking dead sea turtles, removing their internal organs, replacing them with buoyant styrofoam, and then using zipties to re-attach the shell. Science is not always pretty.)

From temperature drops to getting caught in fishing gear to being hit by boats to getting tangled in trash, turtles in the Bay have their share of worries.

The researchers concede their approach is a bit grim-sounding, but their hope is that by figuring out as accurately as possible where the turtle deaths occur they can determine why. Then they might be able to decrease turtle deaths -- perhaps, they suggest, by addressing worrisome areas with "safe zones."

The scientists have released three types of tracking turtle, each drifting differently in the water: Frankenturtles, wooden/styrofoam turtle replicas, and bucket drifters.

The idea is to watch how the wind and water handle each of the three "carcass" types.

"Our plan is to deploy the drifters on several different occasions, under a variety of wind and wave conditions and in locations where mortality events could occur during the spring peak in strandings," explained Santos in a statement.

"We'll then use the separation rate between our bucket drifters, which closely track water movement, and our turtle carcasses to determine the amount of wind forcing to apply to simulated carcasses in our computer model," she added.

If they can come up with a "turtle carcass drift model," the scientists say, they can apply it to historical stranding location data, using the model to pinpoint where the sea turtles died.

"If our model can accurately simulate how winds and currents act on a dead sea turtle, we should be able to backtrack from a stranding site to the place where the turtle likely died," said Santos. "By knowing the 'where,' we can better look at the 'why,'"

WATCH VIDEO: "Why Do Whales Beach Themselves?"

The first faux turtles were released by the scientists on June 13. They'll be tracked for a few days more – that's about as long as turtle carcasses tend to hold together before waves, birds and fish get to them, according to the researchers.

"It might seem sort of gross," Kaplan said of the re-purposed loggerheads, "but it's a good way to reuse a dead turtle that would otherwise be buried."

"And hopefully," he added, "the deployment of our two Frankenturtles will ultimately help lower the number of turtle deaths in the future." 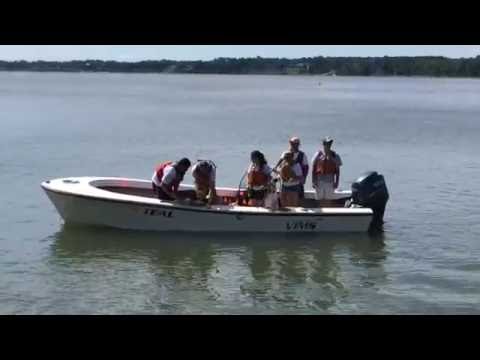